The 79th anniversary of the liquidation of the ghetto in Płock 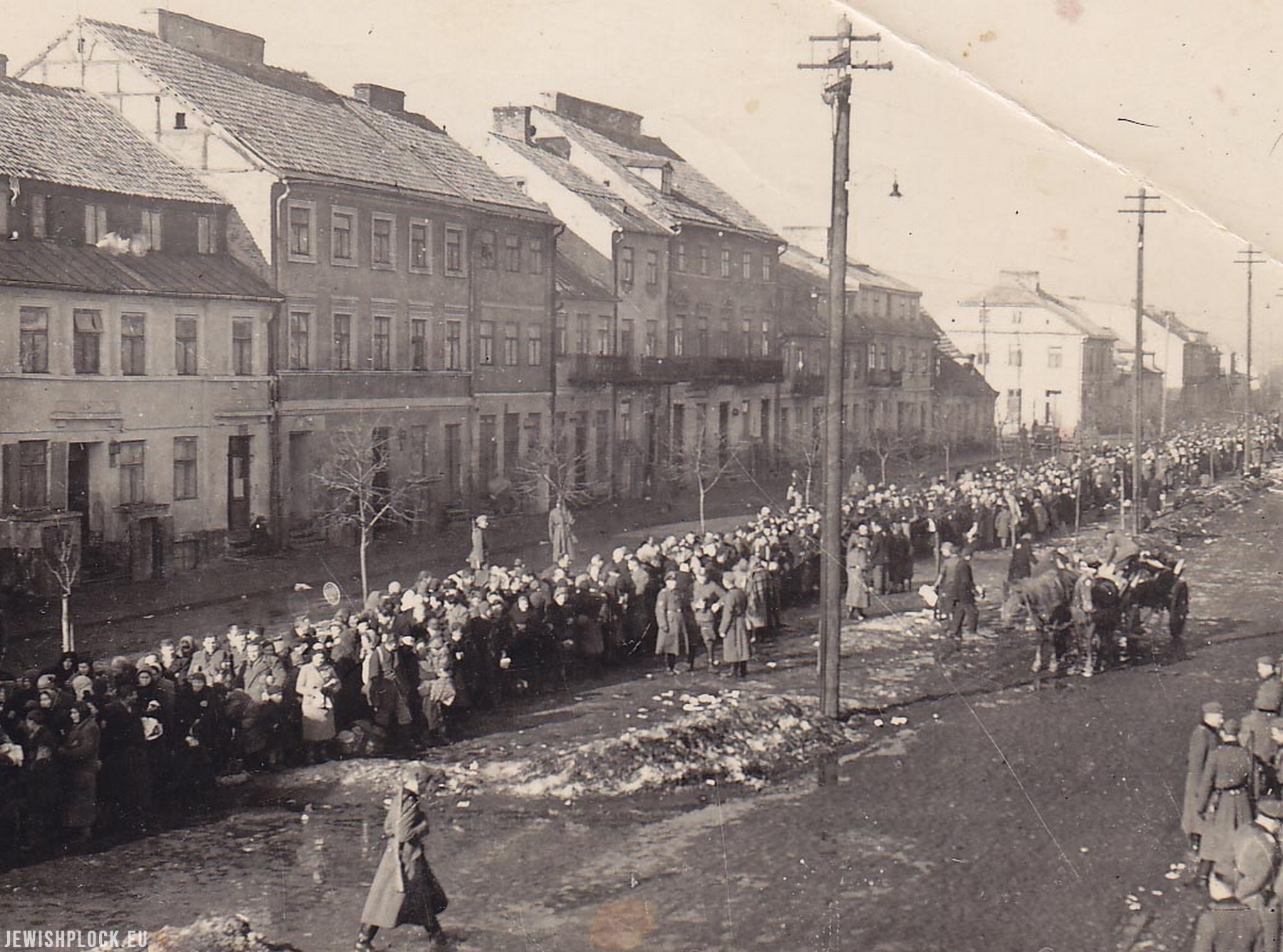 On the night of February 20-21, 1941, the Germans began to deport Jews from Płock. On the morning of February 21, the Jewish population was concentrated on Kwiatka Street and between the synagogue and Bielska Street: “… since 4 in the morning, there was light in all the apartments, people squeezed on the stairs, running from room to room […] the town seemed to be calm, but in front of every Jewish home there were SS guards with bayonets mounted on their weapons. People thought they were fatalists. Whatever will be, will be. But when they saw the SS guards, panic broke out, something was different than usual. Until then all displacement had been carried out by the 13th police battalion […] A short winter day passed in anticipation of the angel of death, no one thought that hell had already broken out, more than 3/4 of the inhabitants were driven out into the street, surrounded by a cordon of SS and gendarmerie. All those bastards used their power to their liking…” Sick and disabled people were killed on the spot. “Heavily wounded people laid on the ground, religious Mayer Kahn suffered from a heart attack, even though he had not been beaten by anyone, it was like a mist had surroundered him, his eyes were clouded, the psalm to the dead flashed through his head, but he no longer could say it, half his body was like made of stone”. In the afternoon, the gathered people were taken away. Ca. 4,000 people were deported to the camp in Działdowo on that day. “The rest of us went back down the street to their homes after long hours of waiting and suffering, and they were summoned the next day.”

The text uses fragments of the testimony of Symcha Guterman (born in 1903) titled “Leaves from Fire”, Polish version published by the Płock Scientific Society in 2004.

Photo of the deportation of Płock Jews from Jakub Guterman’s private collection.