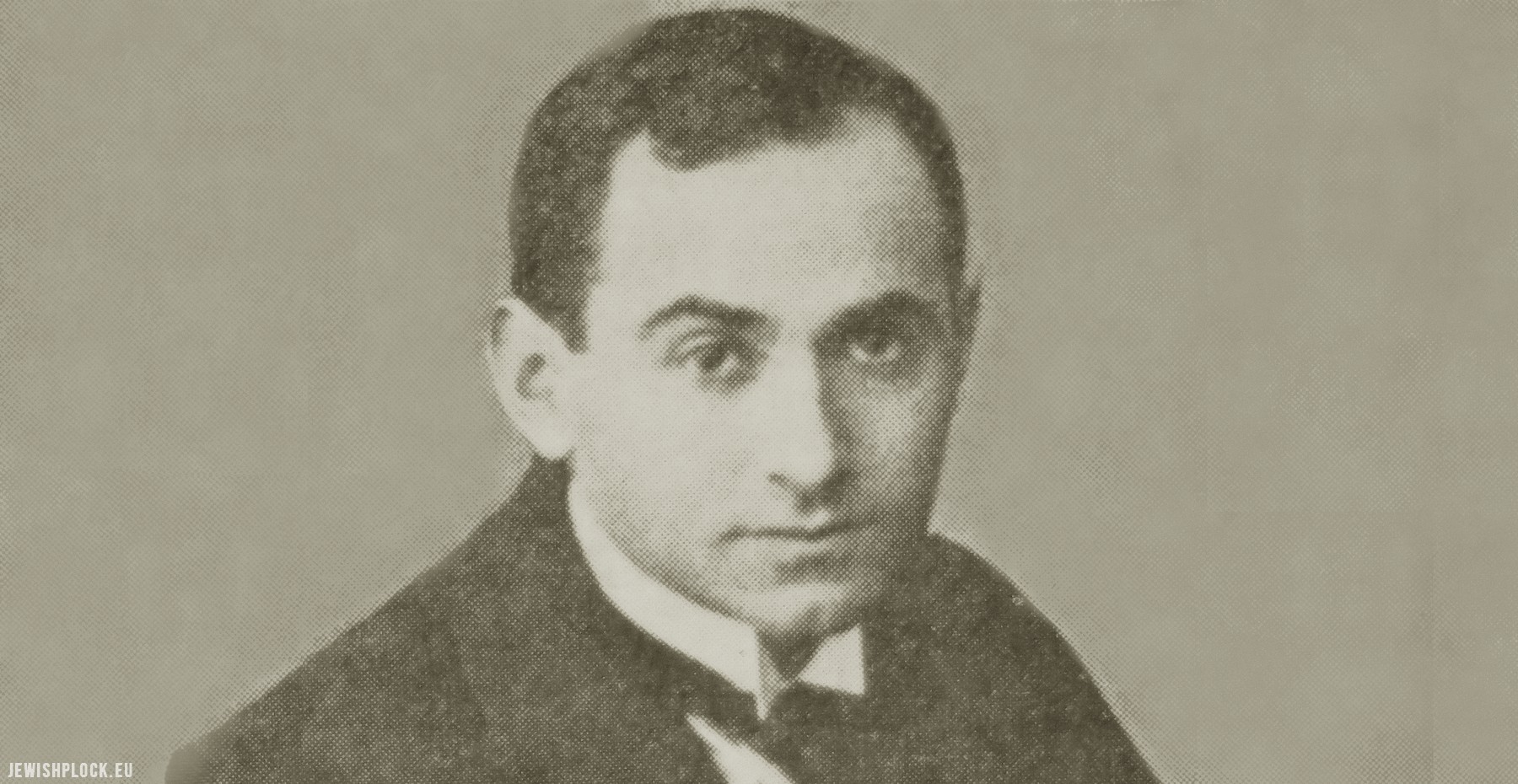 Maksymilian Eljowicz (1890-1942) – painter, born in Raciąż as the son of the craftsman Chaim Pinkas. At the beginning of the 20th century, his family moved to Płock. Here Maximilian started studying, then working in a watchmaker’s workshop. Since an early age he showed outstanding capabilities for painting and drawing, he began studying at the School of Fine Arts in Warsaw, under the direction of Stanisław Lenc. He continued his artistic education in Paris and Munich. He exhibited his works in Warsaw and Płock, including the Płock Art Exhibition in the Artistic Club of Płock in 1932. He painted portraits, landscapes, nudes and still lifes. Color played an important role in his painting. He was a lecturer at the Drawing and Painting Courses in Warsaw, which operated at the Jewish Society for the Promotion of Fine Arts. He also dealt with interior decoration and shop windows. His friends were Icchok Lejb Perec and Noach Dawidsohn. During the occupation, Maksymilian Eljowicz was in the Warsaw Ghetto. He was murdered in Treblinka with his wife Stefania née Frendler (born in 1898) and son. His works remain in the collections of the Scientific Society of Płock, the Diocesan Museum in Płock and the Emmanuel Ringelblum Jewish Historical Institute in Warsaw.