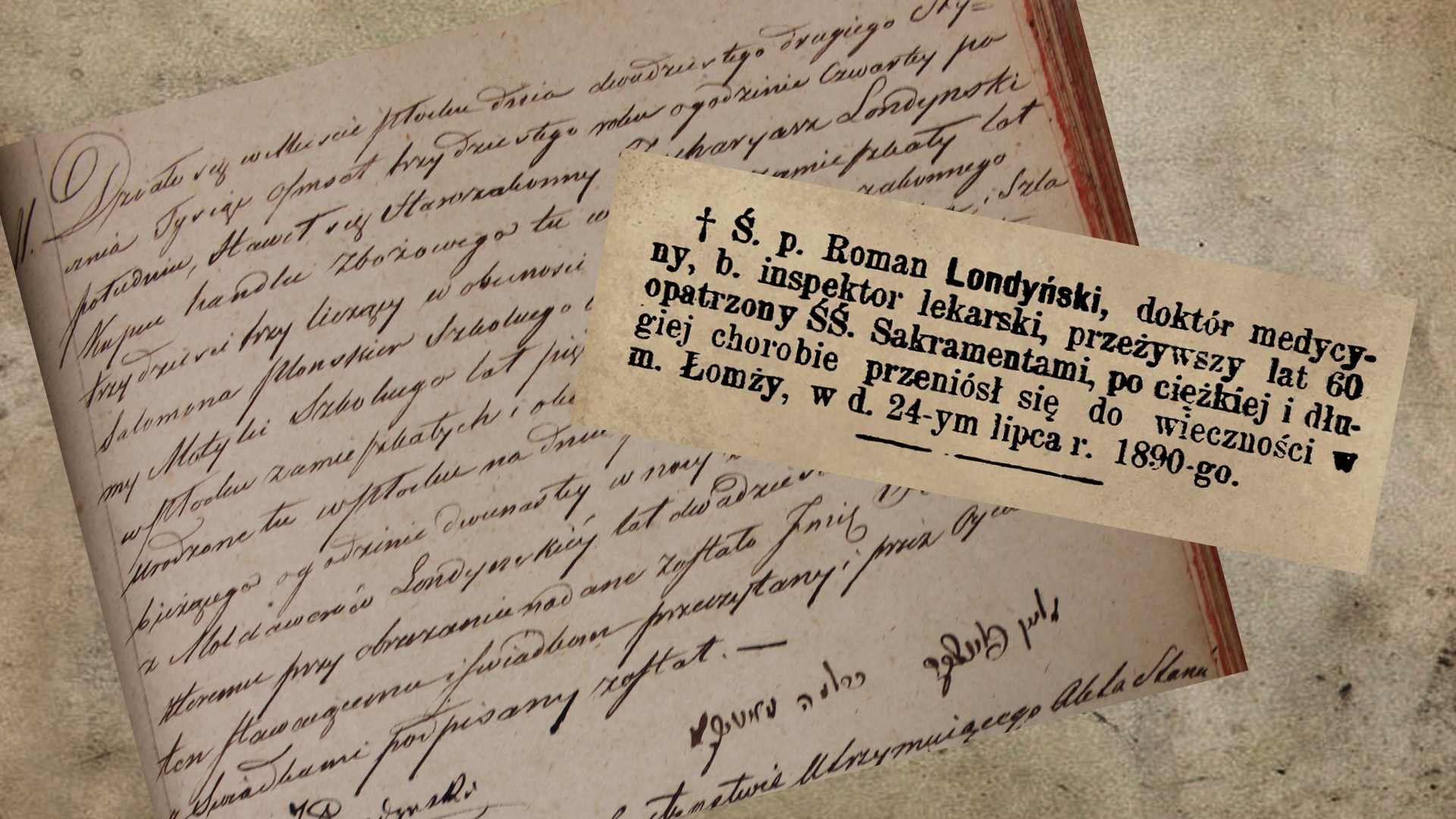 Roman Londyński (1830-1890) – doctor of medicine. He was born in Płock on January 15, 1830 in the family of a grain merchant, Zachariasz Londyński. He completed his medical studies in Moscow in 1850. He received his medical doctor degree from the Medical Council of the Kingdom of Poland in 1859. In 1851 he was a district doctor in Lipno, from where he soon moved to Sierpc. In 1852 he was appointed a doctor of the Radzyń poviat. Then he was a medical inspector of the Łomża province. He died on July 24, 1890 in Łomża.