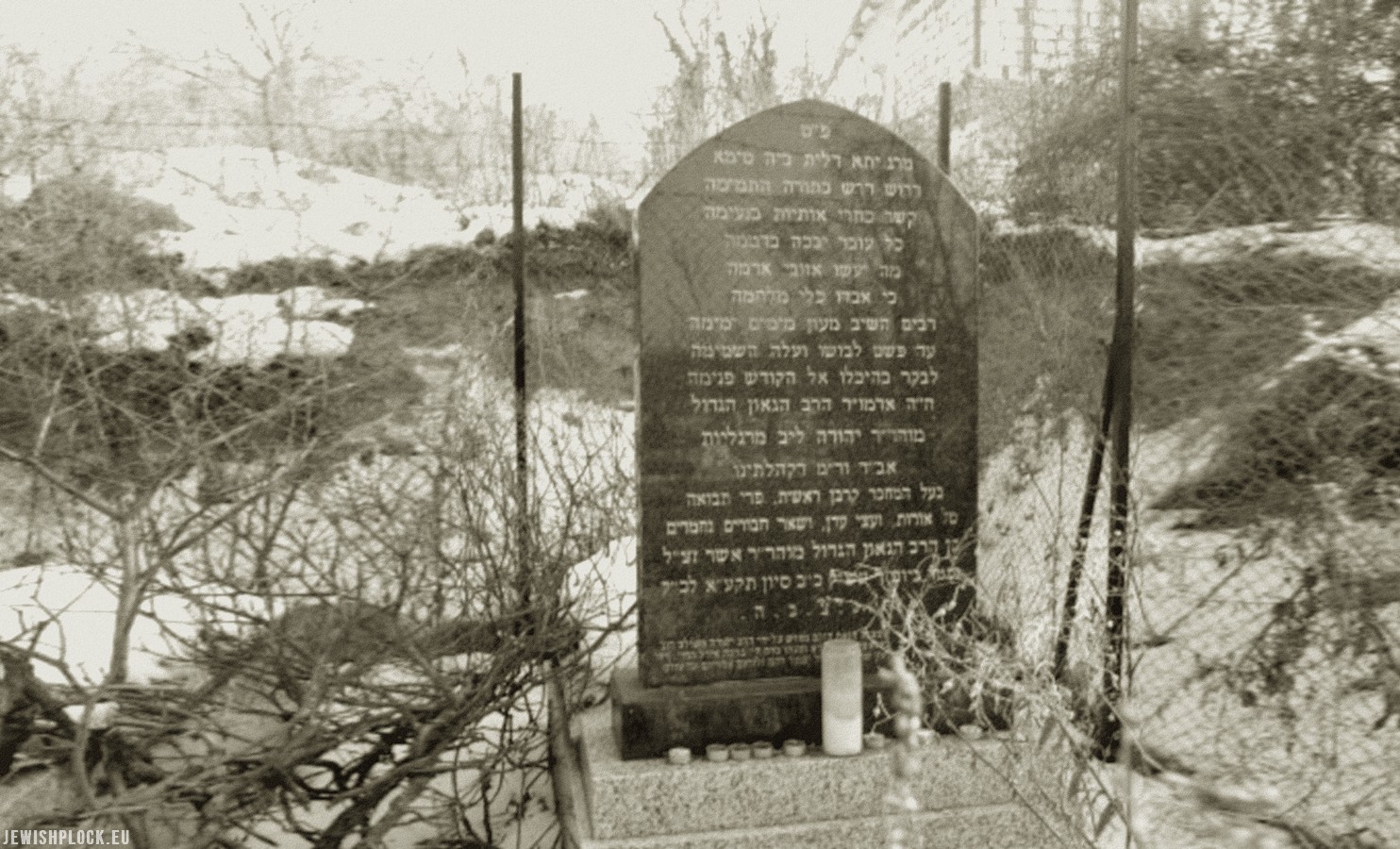 Jehuda Lejb Margolies (1787-1811) – son of Asher Zelig, was a rabbi who at the turn of the 18th and 19th centuries managed the spiritual life of the Jewish community in Płock. Before 1793 he was a rabbi in Szczebrzeszyn, Włocławek and Bodzanów. He was associated with Płock in the period from 1798 to 1805. He was considered an enlightened opponent of the Hasidim, he was interested in the Enlightenment movement, which was promoted by Mojżesz Mendelsohn. He became famous as the author of two works: “Or Olam” and “Pri-Twuah”, which stood out from the rabbinical literature of the time with a bold approach to the issue of faith and knowledge. As I. Schipper writes in the book “Seven hundred years of the Jewish community in Płock”, in “Or Olam” Margolies aimed to encourage Jews to study natural sciences. A task that needed considerable courage at the time, given the hostile attitude of the rabbis to anything that entered the field of secular science. Margolies’s work included arguments about chemistry, anatomy and physiology, as well as his remarks and considerations in connection with the discovery of America, which he considered a breakthrough in the history of the development of natural sciences. His work made a huge impression, as evidenced by the fact that in 1777-1783 it had three editions. Margolies also stigmatized the rule of the kahal nobles, who favored the Polish magnates and at the same time oppressed the Jewish poor. He was concerned with the spread of Hasidism in Poland. He represented the Płock kehilla during the Jewish kehilla conventions – he presented various proposals concerning the rights of Jews regarding kosher tax or military service. In the years 1805-1811 he was the rabbi of Frankfurt (Oder). He was buried in the Jewish cemetery in Słubice.