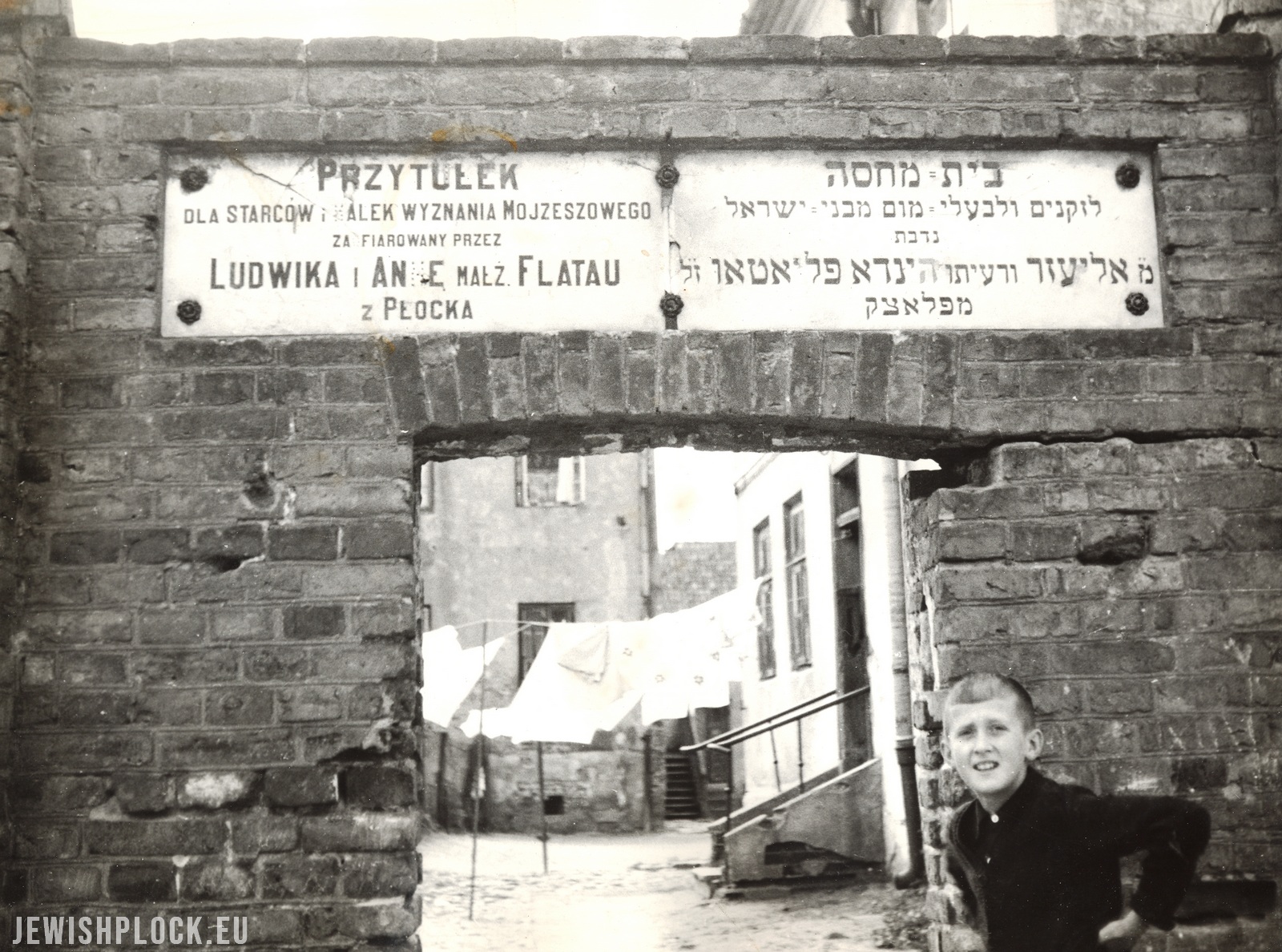 The defensive tower at 13a Zduńska Street is one of the remains of the medieval fortifications of the city. In the 18th century it was rebuilt into a residential house. The property has changed owners many times over the course of the 19th century. In 1890 it was bought from Daniel Kolbe and Emilia nee Bytner by Moryc Safian for the amount of 12000 rubles. The next year, the property was acquired by the Płock Jewish Commune, which purchased it for the sum of 12875 rubles and 50 kopecks. A part of this sum – an amount of 5000 rubles –  was transferred to the Jewish Commune by Anna Flatau, whose husband – a well-known Płock banker and social activist Ludwik Flatau, at the end of his life, expressed the will to provide financial support for the establishment of the Jewish Home for the Elderly and Disabled in Płock. Pursuant to the acts of May 1, 1891 and April 19, 1899, the Płock Jewish Commune was registered as the owner of this property.

The guardian of the Flatau Jewish Home for the Elderly and Disabled was Mojżesz Altberg – Płock’s social worker, industrialist and political activist. Mojżesz Altberg from 1903 managed the Talmud Torah organization, co-organized the Common University in Płock and the Płock department of the Polish Cultural Society. Since 1913, he was a board member of the Płock Fund for the Sick. Together with his wife, he founded the “Kropla Mleka” (“Drop of Milk”) association, which offered help to the poor, single mothers. For many years he was the head of the board of the Jewish Charity Society.

The Jewish Home for the Elderly and Disabled was liquidated by the Germans in the autumn of 1940. After the war, the property was taken over by the State Treasury. Currently, the building at Zduńska Street houses the seat of the Płock department of the Regional Monument Conservation Office.