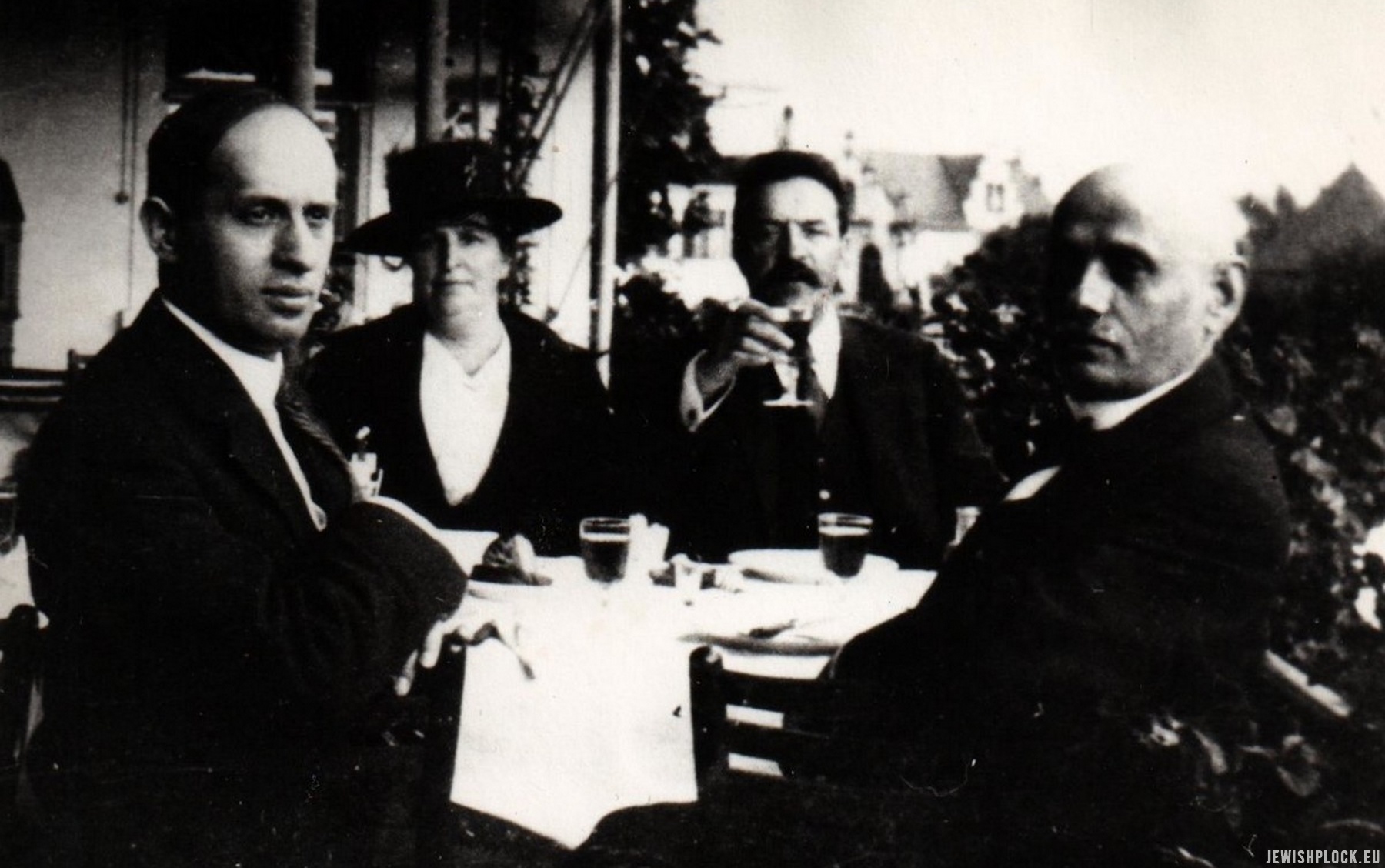 Joszka Szeraszew is the first known to us from the civil registry records, and therefore he can be considered the progenitor of the family, although it is also known that his father was Lejzor (probably born ca. 1750), and the father of Lejzor was Herszek (probably born ca. 1730).

Joszka Szeraszew (or Szeraśew) was born in Radziłów in 1777 and was a tavern keeper. He had two wives, Girenda (1778–1827), mother of his four sons: Mordechaj, Lejzor, Szemel and Jankiel, and Maryaszka Klimaszewska, mother of three more children: Abram, Moszek and Leia. When he married Maryaszka, Joszka was a widower 30 years older than her, and she was a maid from Radziłów. Joszka personally signed the documents in Polish, which was not so common among his contemporaries.

His son Szemel (Chemel) was a salter, probably a salt trader (born in 1795). He was married to Ryfka Leybowiczówna, with whom had four children: Mendel and Gerszon (who both died in their childhood) as well as Lejb (born in 1833; my great-grandfather) and Girenda (born in 1837).

Lejb Szeraszew and his family probably went to Płock in search of a better life. Has it really turned out better? They lived at 5 Mostowa Street, and Lejb found employment as a “bridge warehouse keeper”. At that time, a pontoon bridge operated on the Vistula River, which used to be dismantled for the winter, and perhaps Lejb Szeraszew was taking care of this bridge. Watchmaking became a family occupation in the next generation. The first watchmakers were Jakub Gerszon, who had a workshop in a tenement house at 12 Kolegialna St., as well as is brother Abram, who moved to Łódź in the 1890s, and at 11 Andrzeja Street he established a so-called agency – he sold parts for Swiss watches and watchmaking tools. Their sister Sara Chaja (Helena) ca. 1890 married the watchmaker from Płock, Abraham Hassyd (born in 1868). Five of their children were born here: Dawid (born in 1891), Abraham Mojżesz (born in 1892), Jakub (born in 1895), Chawa (born in 1896) and Ernestyna (born in 1899). Around 1900, the family emigrated to Switzerland, where they adopted the surname Gassyt and europeanized their first names accordingly. Their last daughter, Luisa (1903–1990) was born in Zurich. Luisa was not married, she was a doctor by profession. Abraham Hassyd (Gassyt) had a watchmaker’s shop in his house at Winterthurerstrasse in Zurich. It was he who helped my great-grandfather Abram set up the agency in Łódź and he probably delivered him the goods. Abram Szeraszew after moving to Łódź (or earlier) changed his surname to Szereszewski and his first name to Adolf. He died in 1925. His wife, Helena née Frommer, came from Kraków (born in 1867; daughter of Joachim and Fanny). She died in the Łódź ghetto in 1941 and is buried in the Jewish cemetery in Łódź. They had two daughters: Stanisława (1896–1977) and Roma (1897–1970) and son, Jankiel (Jan) (born in 1899), who died several months after birth. Roma (my grandmother) was a sculptor, one of the first year students admitted to studies at the Academy of Fine Arts in Krakow, a student of Konstanty Laszczka.

In the 1930s, Józef Szeraszew ran his father’s watchmaker’s shop at 12 Kolegialna St. He married Bronisława Grabman and they had a son – Abram (born 1931).

Mariem married Mojżesz Holcman and they had a daughter, Gabrysia (born in 1930) and a son, Evez (born in 1936) [more about the Holcman family – link]. All four died in the Holocaust. Probably their fate was shared by other children, grandchildren and great-grandchildren of Liba and Lejb Szeraszew, but nothing else about them is currently known.

Both daughters of Abram (Adolf) Szeraszew (Szereszewski) survived the war. Both were hiding thanks to so-called “Aryan papers”, my grandmother Roma – together with her husband and son. Helena (Sara Chaja) Szereszewska’s children in Switzerland also survived. She died in 1940. Some of her descendants still live in Switzerland, others in Canada.

Photos from the family archives of Urszula Grabowska.