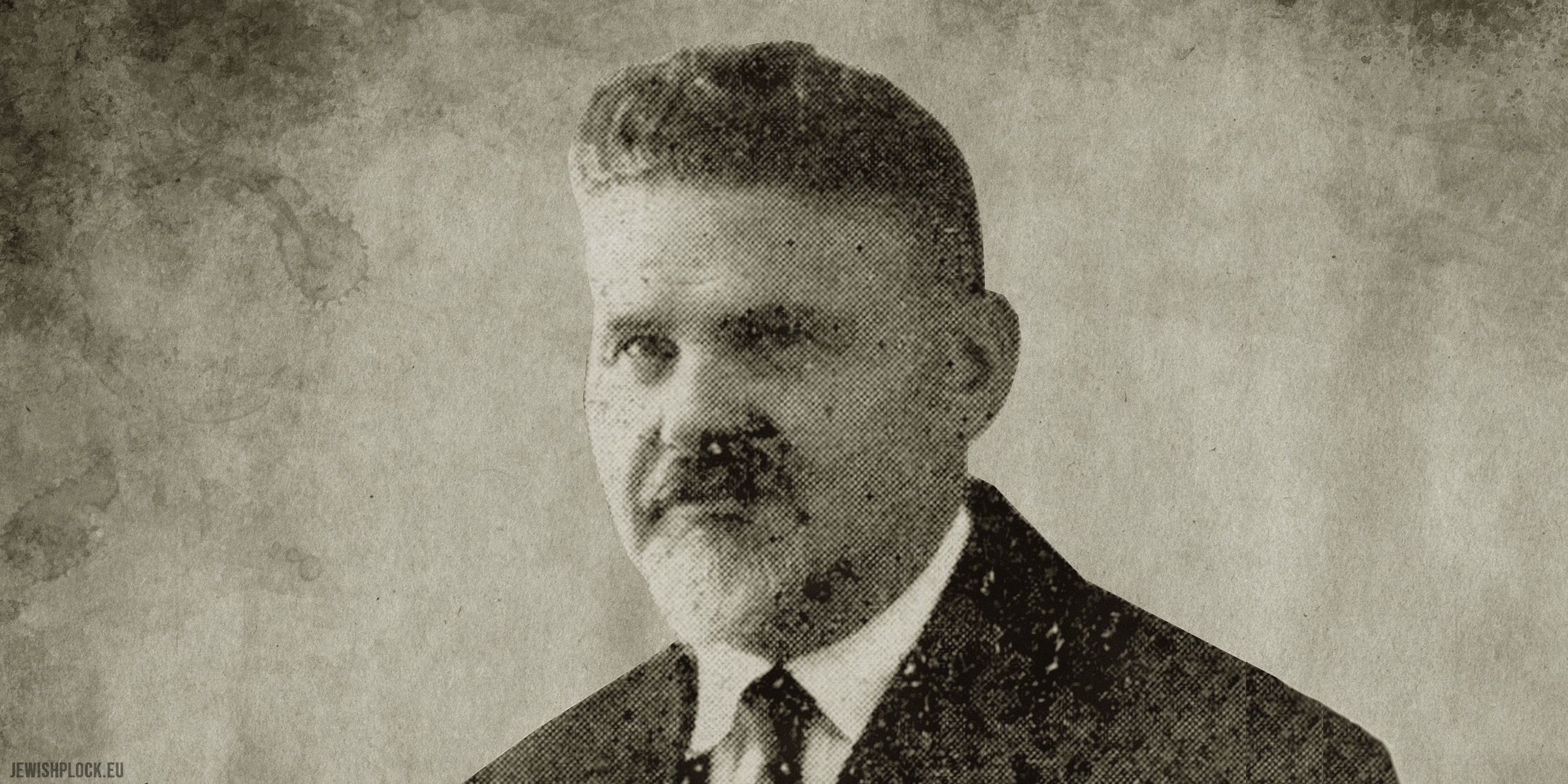 Chaim Mendel aka Mieczysław Themerson (1871–1930) – doctor of medicine from Płock, writer and journalist was born on October 8, 1871, as the son of the turner Rubin and Chaja Tauba Themerson. Chaim Mendel graduated from the Płock Governorate Middle High School, and then the Faculty of Medicine at the University of Warsaw. After graduation, he ran a private medical practice at Grodzka Street. Chaim Mendel’s wife was Sara Liba vel Salomea née Smulewicz (born 1879), with whom he had three children: a daughter Irena (born 1904) and sons Stefan (1910-1988), who later became an outstanding writer, journalist and filmmaker, and Roman (1900 –1929), a doctor. In 1914, Chaim Mendel was mobilized into the tsarist army – he performed the duties of a military doctor in Wielkie Łuki. In 1919 he returned with his family to Płock. The Themersons lived at 5 Grodzka Street. This is also where Chaim Mendel ran his office as an internal medicine specialist. He was also a doctor of the Local Health Fund.

Chaim Mendel aka Mieczysław Themerson was passionate about literature: he published medical articles and minor literary works in such magazines as: “Ginekologia”, “Zdrowie”, “Goniec Poranny”, “Kurier Codzienny”, “Tygodnik Ilustrowany”, “Rozmaitości Literackie i Naukowe” and “Izraelita”. He was the author of the dramatic works “Tajemnica” (“Secret”), “Trucizna” (“Poison”), “Pleśń” (“Mold”), and “Na fali” (“On the Wave” – staged in Płock in 1903), as well as the novels “Szpieg” (“Spy”) and “Bunt krwi” (“Blood Revolt”). Themerson was also a social activist – co-founder of the Society for Free Care for Poor, Sick Jews. He belonged to the Płock Scientific Society, Płock Rowing Society and the Polish Progressive Press.