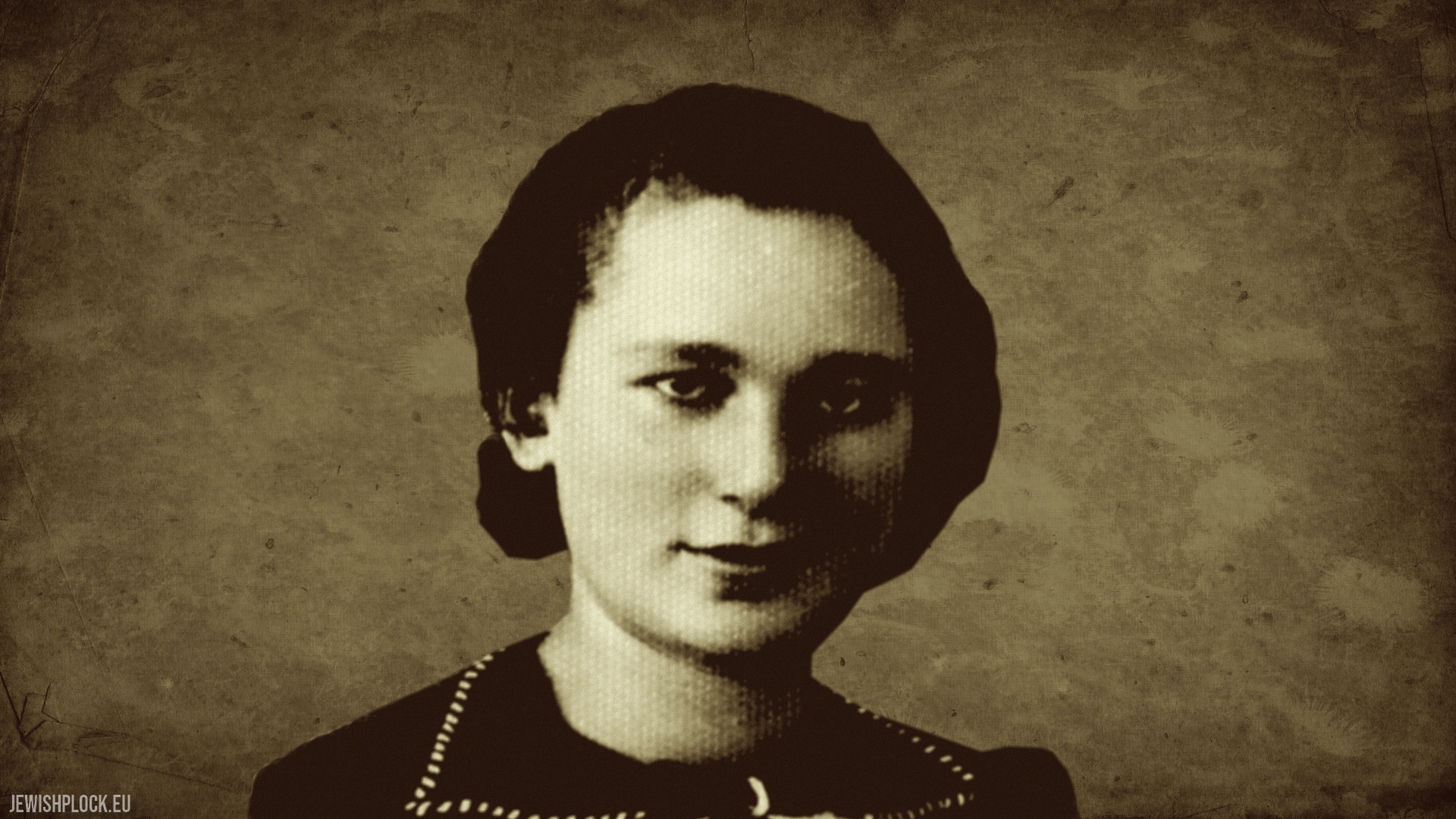 Jochewet (Jadwiga) Graubart was born in 1918, she was the daughter of Abram Nusen aka Natan and Chaja née Landau. Her family was one of the most respected and well-known Jewish families in Płock. Natan Graubart was a grain merchant, the owner of a seed store and a house at 42 Kwiatka Street. Jadwiga’s mother died giving birth to her sister, Zosia, when the girl was one and three months old. From then on, until the age of six, her grandmother took care of her upbringing. When she was seven, Natan Graubart married a teacher Czesława Bruzda. Jadwiga was a sickly child, therefore she did not go to school, but she studied at home. She took her exams externally. After receiving secondary education, she attended a one-year agricultural course. At 17, she became an avid Zionist and a member of the Akiba organization. Her later life was filled with work for the organization and the drive to emigrate to Palestine.

At the outbreak of the war, she was on a training farm (hakhshara) in Cracow. After a short period of stay under German occupation, Jochewet decided to flee from Cracow together with her friend and reach Palestine. She managed to sneak into the territories occupied by the Russians and tried to get to Romania. After the failure of this attempt, she went to Vilnius, where Zionist activists, who were to reach Palestine, were further directed by halutz organizations. Jochewet was among a group of activists for whom the halutz organization applied for certificates, and on this basis she escaped from Russia to Turkey, and then via Beirut to Palestine. She spent the first period in a kibbutz and on an agricultural course organized by Meszek Poalot Ajanot.

I stayed in this kibbutz for a year, but the news from the front did not leave me alone and in March 1943 I joined the ATS. I applied for hospital service and was first referred to a training point in Sarafanda, and after 3 months of training, I was sent to Lebanon to the 3rd British military hospital in Cidon. I worked there for a year, caring mostly for soldiers from the Army of Anders, and at the same time learning nursing.

In 1944 we were transferred to Italy. We landed in Taranto on the memorable day of the capture of Monte Casino by the Anders Army. In Italy, I was assigned to the 65th BGH (British military hospital) in Trani. There were mostly wounded Yugoslav partisans transported from Yugoslavia to Italy. There was a camp for convalescent soldiers in Trani, and our day-room was the center of their lives. We organized joint Friday evenings and various cultural events for them.

Then I was transferred to the 2nd BGH in Kaserta. A group of Jewish volunteer nurses from Palestine worked with me in this hospital. Most of us were girls from kibbutzim and moshavot.

Many Jewish volunteer units belonging to the British army were stationed in Italy at that time. They welcomed us very warmly and we kept in close contact with them. There were clubs of Jewish soldiers where Jews from all armies fighting in Italy in the Allied armies met.

When the Jewish Brigade entered the war and the first wounded Jewish soldiers appeared, on days off from work we went to neighboring hospitals looking for wounded compatriots. We brought them books and newspapers and comforted them in solitude. It aroused admiration and even envy of British soldiers who admired Palestinian solidarity.

In 1944, I went on my first vacation in Italy. I went to Rome, where I was probably the first Jewish soldier to come to the newly liberated city. On the first Saturday of my stay in Rome, I went to the great synagogue. When I entered the synagogue, the Italian Jews praying there were very moved by the sight of the blue Magen David on the shoulder of my uniform. I was also immensely touched by the cordiality shown to me, and especially by the fact that some people kissed my Magen David.

Our entire group of Jewish female soldiers helped Jewish refugees in special camps. We gave them rations of chocolate, cigarettes and other food products.

After the end of the war, Jadwiga remained in Italy in the ranks of the British army until September 1946. Then she returned to Palestine to the Beit Yechoshua kibbutz.