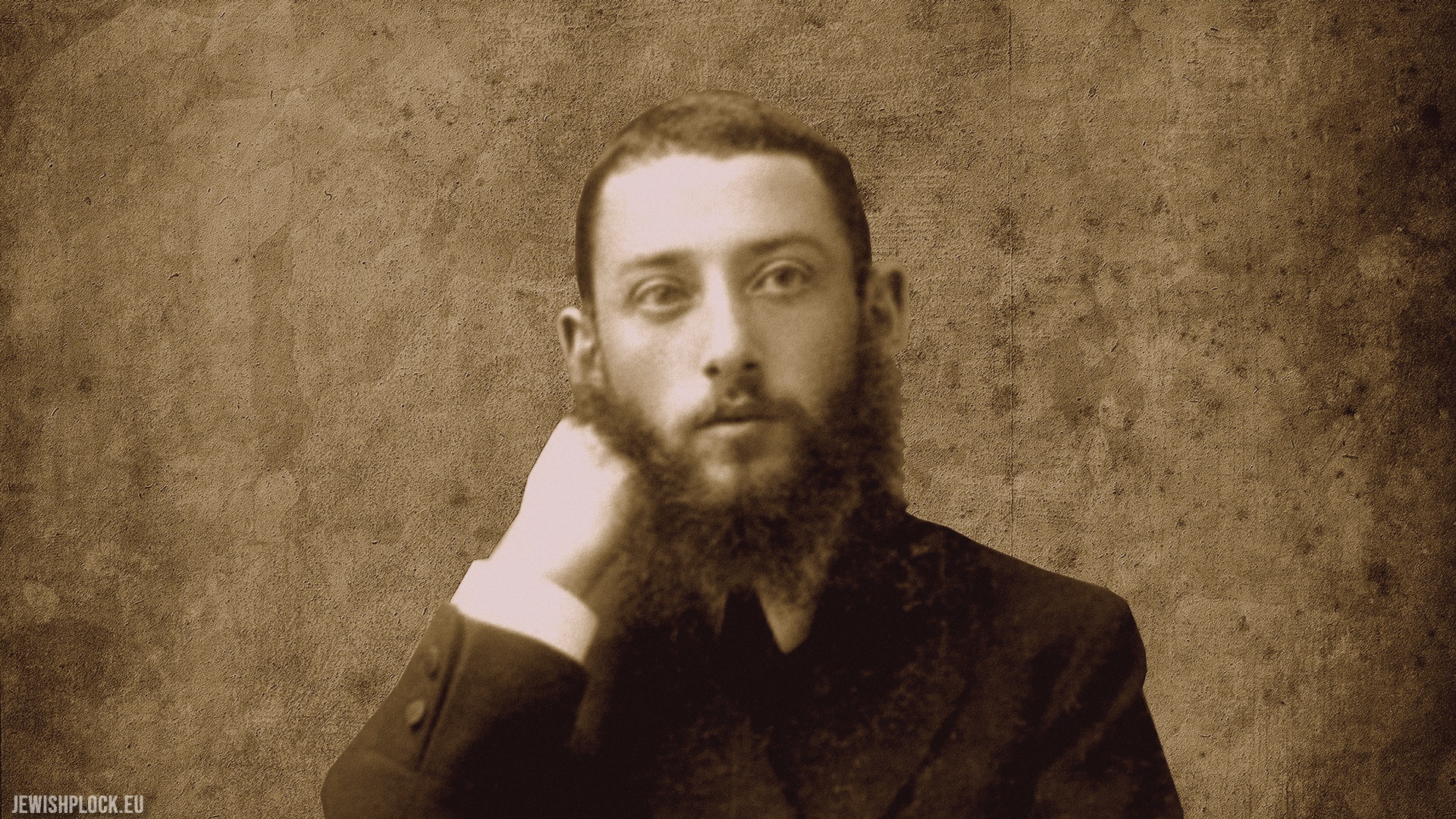 Juda Lejb Złotnik (1888-1962) – rabbi, son of Abram Icek and Chana Nacha née Lisser. He was the half-brother of rabbi Jonasz Markus Złotnik (1858-1922). In Płock, he attended one of the cheders and graduated from the rabbinical seminary in Olsztyn. In 1910, he passed the exam to become a rabbi, and in the following year he became a rabbi in Gąbin. He was the author of numerous articles, incl. in the pages of the Jewish daily “Der Moment”, he also co-founded the Mizrachi party (for example, he founded its departments in Argentina and South Africa). After 1948 he settled in Jerusalem.