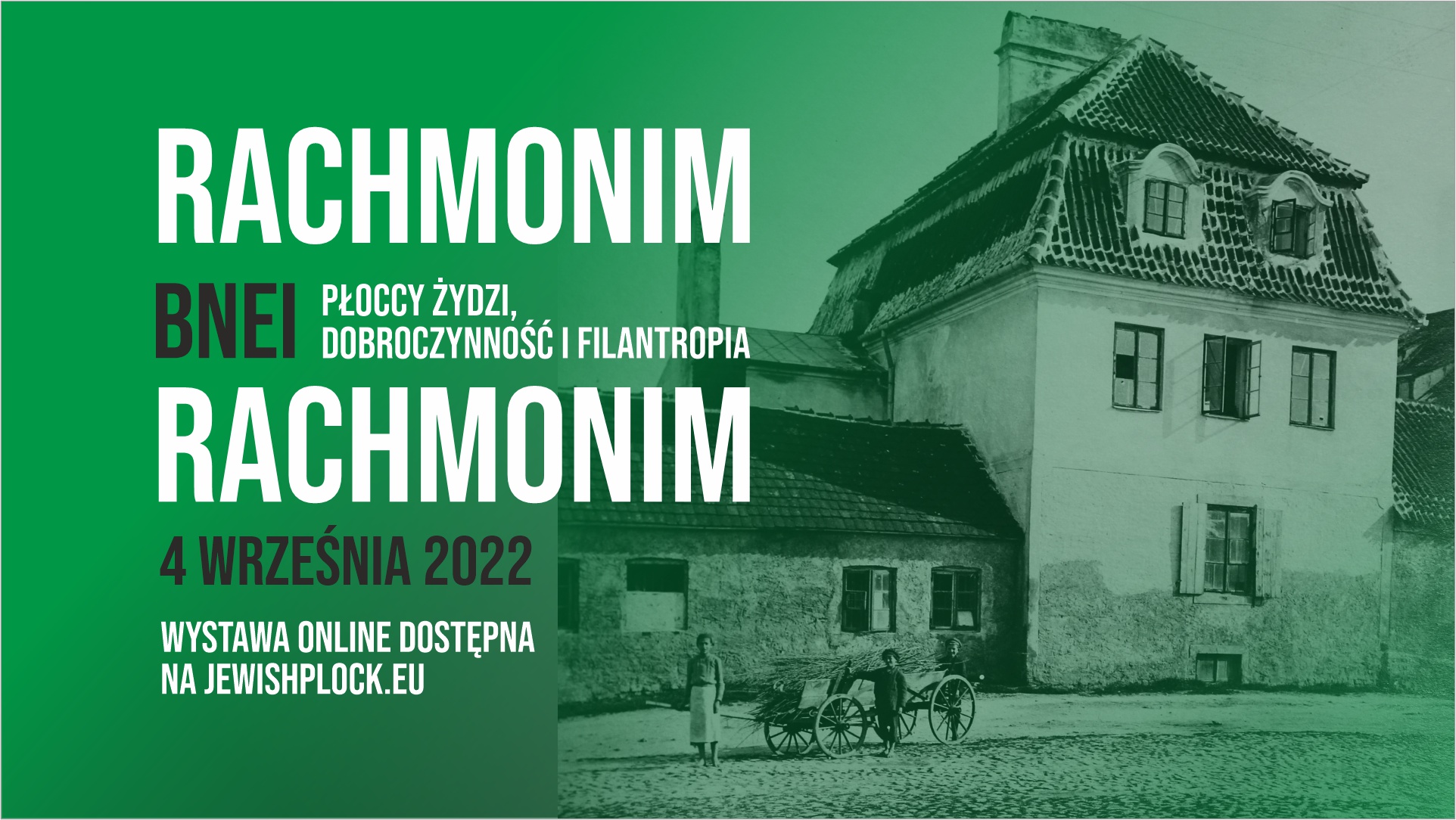 In connection with this year’s European Days of Jewish Culture, the Nobiscum Foundation organizes an online exhibition entitled “Rachmonim bnei rachmonim. The charity and philanthropy of Płock Jews”. The exhibition, in Polish and English, will be available through the JewishPlock.eu website from 4 September 2022.

The charity of Płock’s community has a long tradition. An important part of its history is the activity of Płock Jews in this field, who contributed to the history of our city for over 700 years. The Jews living in our town carried out various charitable and philanthropic activities: they gave alms to the poor members of the community, founded brotherhoods dealing with charity work, education, visiting the sick and organizing funerals. On the initiative of people with great hearts and minds, institutions such as the Izaak Fogel Jewish Hospital, a shelter for the elderly and the disabled, an orphanage, cheap kitchens and loan offices were created. With the poorest children and orphans in mind, the representatives of the Płock Jewish community established and maintained the Talmud-Torah religious school. In 1902, the Jewish Charity Society began its activity, the aim of which was to provide funds for the improvement of material and moral well-being, to provide clothing, food, financial support, activities or services, supplying the poor with medical supplies, placing them in hospitals, shelters, setting up cheap kitchens, tea rooms, work houses,an infirmary, dormitories and shelters. Among the wealthy Jewish families in Płock, there were none that hesitated to help the members of the community in need. Doctors, merchants, bankers, teachers, rabbis, industrialists and lawyers – all were involved in activities, supported by many social activists who remain unknown by their names.

It should be emphasized that women were involved in charity and philanthropic activities as well, taking up various initiatives to improve the fate of the poor people of Płock. Although their activities remained overshadowed by the activity of men for a long time, they played an important role, among others, helping obstetricians, caring for the sick, collecting funds for interest-free loans and donations for the poorest, setting up cheap kitchens and nurseries.

The exhibition will include, among others, documents from the collection of the State Archives in Płock. The exhibition will present selected initiatives undertaken by Płock Jews from the second half of the 19th century, as well as Jewish benefactors, philanthropists, and extraordinary people, selflessly working for the good of their community. In 2022, which marks the 150th anniversary of establishment of one of the most important initiatives of Płock Jews – the Izaak Fogel Jewish Hospital, as well as the 120th anniversary of the establishment of the Jewish Charity Society, it is worth to commemorate Jewish activists whose activities can still inspire all those who are close to the ethos of social activism.

The partner of the exhibition is the State Archives in Płock.

The exhibition is part of the program of this year’s European Days of Jewish Culture: