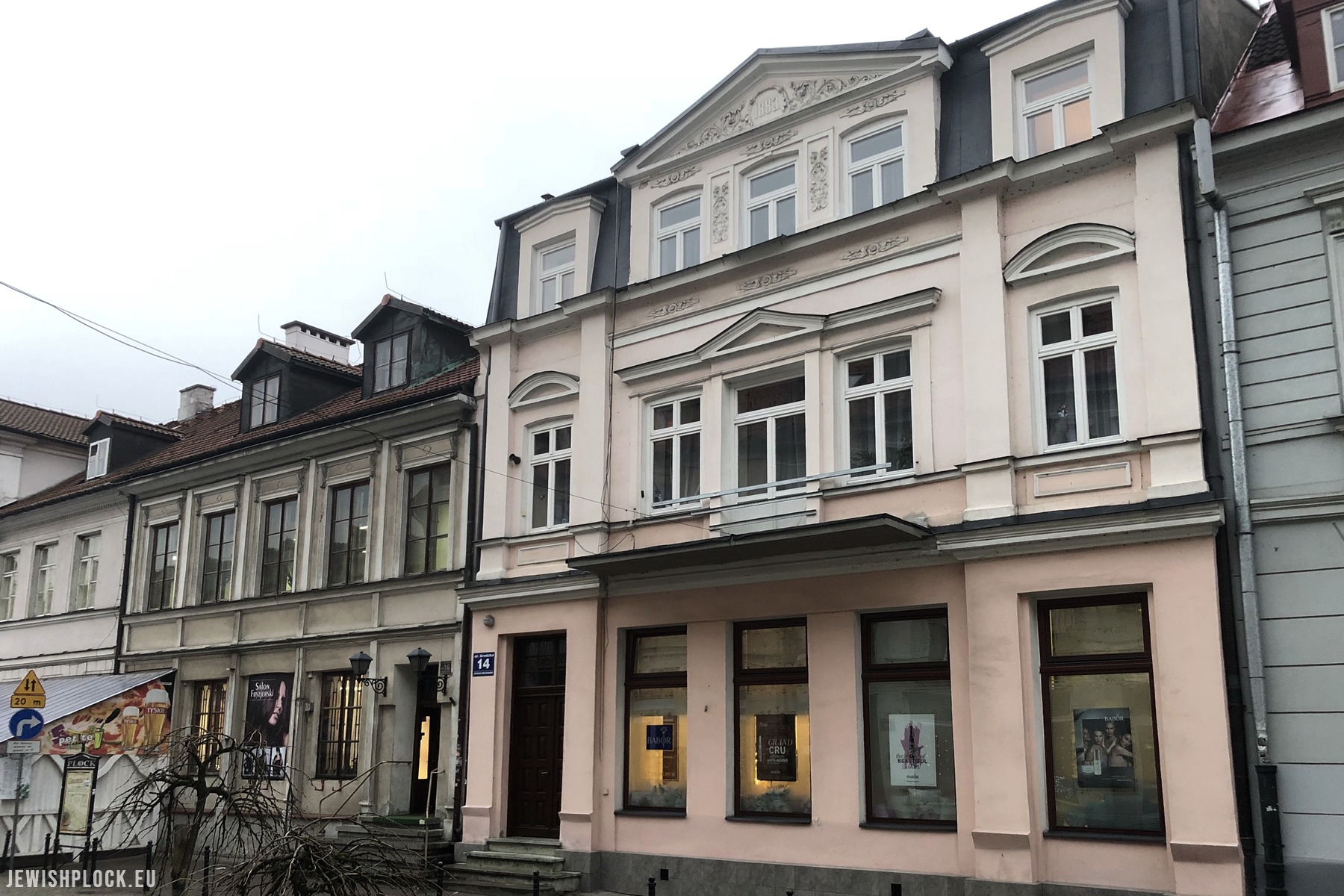 In 1857, Chaim Rafał Kempner (ca. 1817-1870) opened a large bookshop in Płock, where a reading room and a library also operated. The bookstore, which was located at Grodzka Street, recommended all the book novelties, in all branches of science, as well as romance, novels of the best contemporary writers, school and elementary books and those for religious services of various editions and authors, in various bindings or without them; sermon books and dictionaries in all languages; books for children in various languages, which can be used to learn and play with pictures; atlases, maps, handwriting and drawing patterns, and various women’s embroidery; musical scores and sheet music, as well as all stationery and lined notebooks. The bookshop accepted prepayments for all works in the country by subscriptions, for buyers in larger lots, the bookshop offered a certain discount. The shop also had in stock the busts of famous people available at affordable prices.

After the death of Chaim Rafał, his wife Estera Fajga née Erlich (1817-1881), daughter of Mosze and Lipka, who came from Lublin, obtained the license to run the bookstore. Estera Fajga Kempner was also the owner of a pharmacy store, traded tobacco products, and had a lottery ticket office. Her store of sheet music and writing materials offered to clients, among others, religious, musical, economic books, office paper, drawing paper, letter cards, greeting cards, quill and steel pens, Siberian drawing pencils, Chinese ink, French Chenal paints, Parisian designs for pencil and oil drawings, visiting tickets, journal souvenir, photo albums and frames. From 1870, Estera Fajga Kempner was the owner of the property at 16 Grodzka Street (mortgage no. 44), which she purchased from Teodora and Jan Gerber for the sum of 3000 rubles. Thanks to a loan from the Town Fund in 1871, she erected a tenement house in the neo-Renaissance style. In 1881, her son Ludwik (Lejbusz) Kempner (1849-1908) took over the bookshop. Lejbusz was married to Tauba nee Kahan (Kon), born in 1850 in Płock, with whom he had four children: Brana Liba (who married Icek Feinberg), Chaim Rafał, Nachman and Cecylia. In 1883, Ludwik Kempner built a tenement house at 14 Grodzka Street, where he moved the bookshop that existed here until 1914. After the death of Estera Fajga Kempner, the property was owned by her sons – Ludwik and Mosiek Hersz (1832-1904). In 1883, after buying a part from his brother, Mosiek became the sole owner. After his death, the property was taken over by his daughters: Salomea, Felicja, Chana Lipka, Cypra Gołda and Etka. In 1906, Etka aka Justyna Majde bought a share in the property.