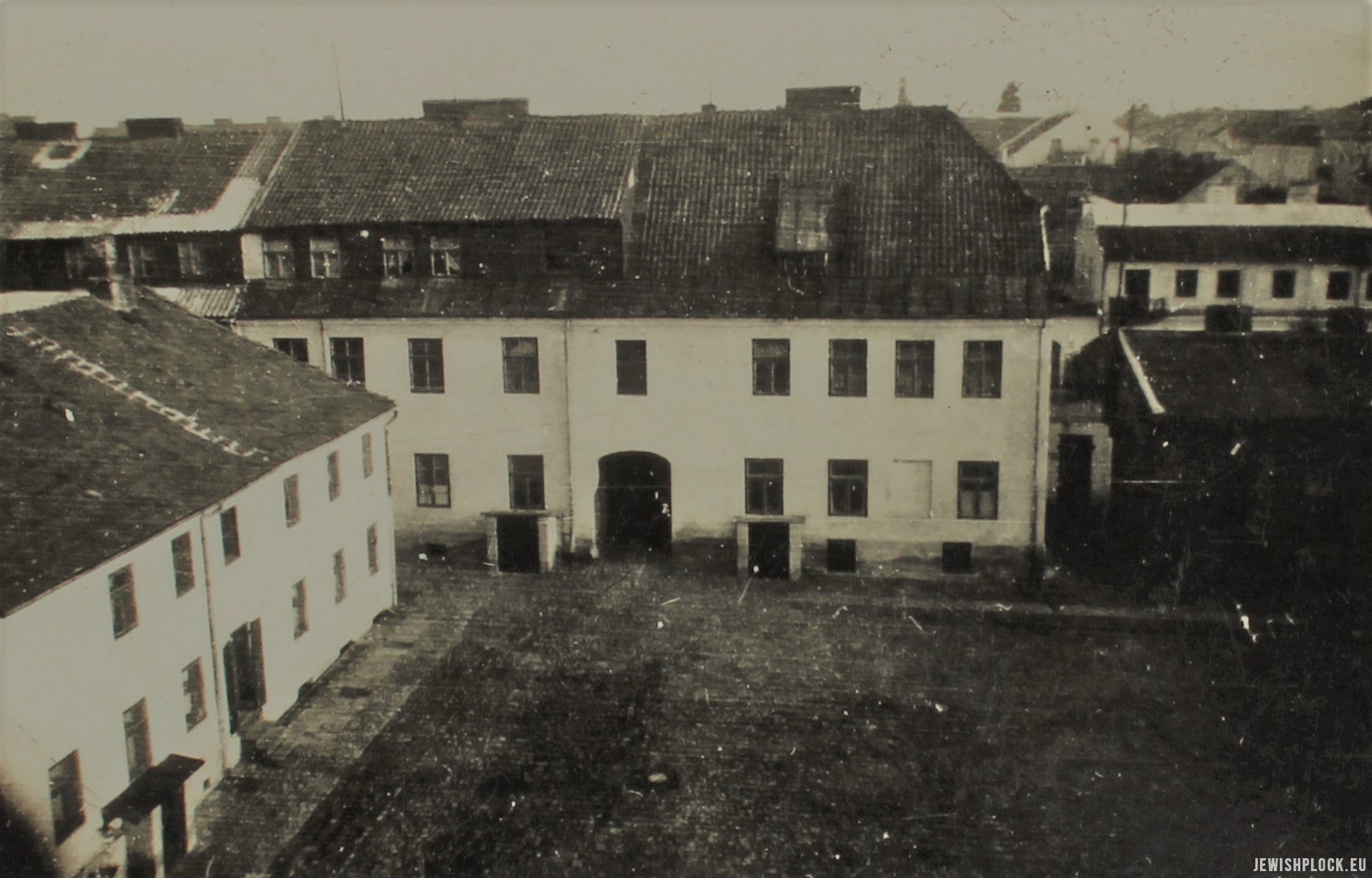 Under the contract concluded on June 1, 1824 with the Municipal Office of the Town of Płock, the merchant Jakub Lewin Szenwic (born in 1789) received a perpetual lease of the square located at Nowa Street at that time (property 258 E) for an annual rent of 10 PLN. On this square, before 1827, he erected a brick house with one floor and a basement, covered with Dutch tiles. After his death, the property was inherited by his son Chaskiel Szenwic (1817-1889). By virtue of an official will of October 18/30, 1864, and following a request of September 20 / October 2, 1867 and 7/19 January 1870, he was registered as its owner. Before 1871, Chaskiel Szenwic erected a new brick front house: partly half-timbered, tiled, with two stories and a residential attic.

I hereby inform the Dear Audience that since January 1 this year. I have set up a repair workshop for watches, where I perform all repairs very quickly, at very affordable prices, and I have various new wall clocks to sell. I perform optical and all jewelery works 25% cheaper than larger jewelry workshops in Płock…

The next owner of the property was Tauba Itta Szenwic née Borensztejn, who purchased it from Chaskiel Szenwic for the amount of 12,000 rubles and by virtue of the act of September 29 / October 11, 1882 and the application of April 29, 1891 was registered as its owner. Tauba Itta, daughter of Hersz and Sura née Zdugman, was the daughter-in-law of Chaskiel Szenwic, wife of his son Manchajm (born in 1845) – a trader, owner of coal and wood store. At the beginning of 1893, Manchajm Szenwic opened a cooling drink manufacture at Szeroka Street.

In 1907, Manchajm and Tauba Itta Szenwic née Borensztejn bought a neighboring property at Tumska Street, mortgage number 258, for the sum of 598 rubles and 75 kopecks.

The property of the Szenwic family, including the property at Tumska St., was later purchased by Jan Trojanowski for the amount of 7,000,000 marks and, pursuant to the act of 16 August and the application of 17 August 1921, he was registered as its owner.

The property at 1 Kwiatka Street still belongs to the descendants of Jan Trojanowski.