81st anniversary of the liquidation of the ghetto in Płock. Premiere of the film “Black skies. The fate of Płock Jews in the years 1941-1945” 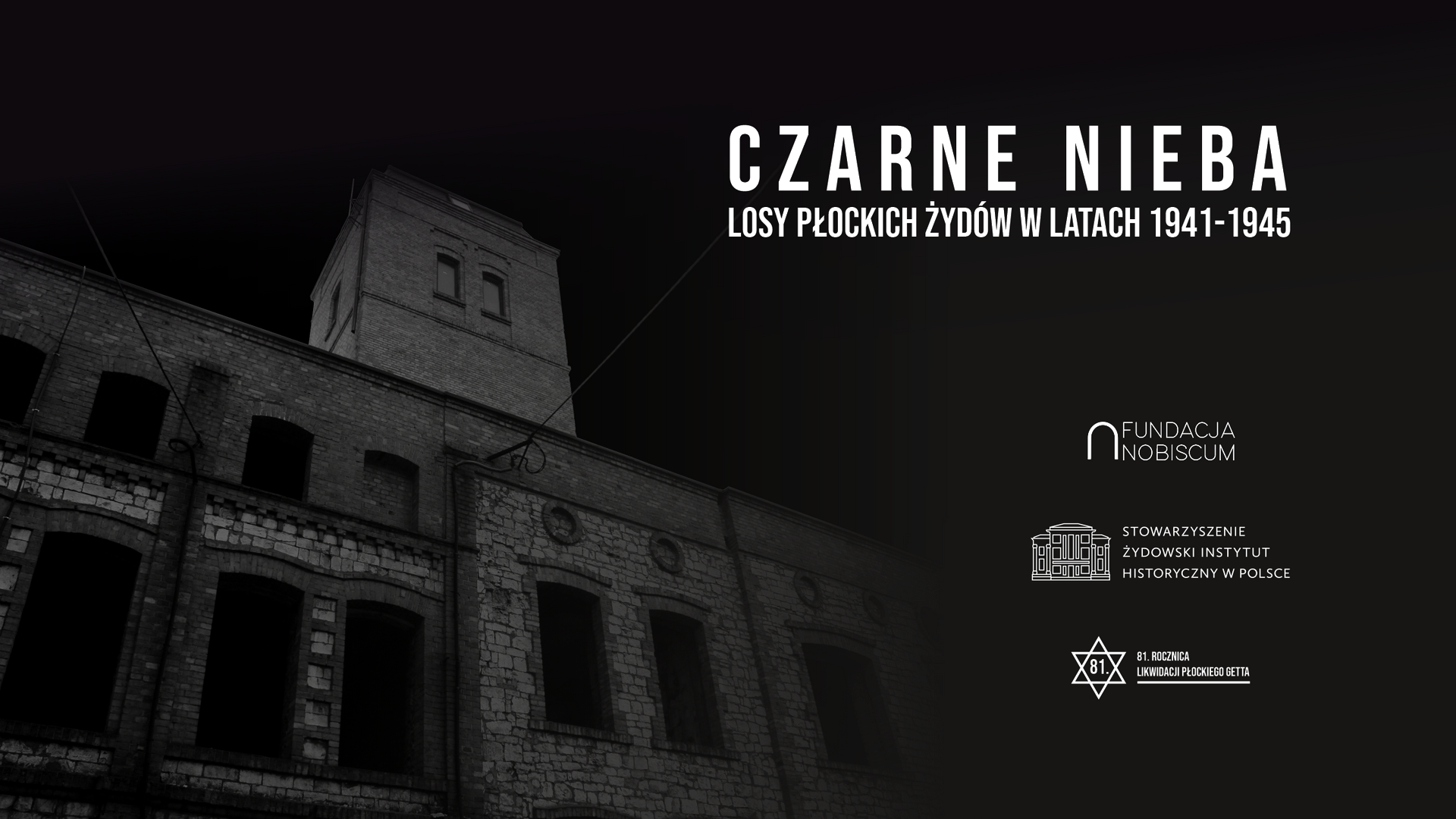 As part of the 81st anniversary of the liquidation of the ghetto in Płock, the Nobiscum Foundation would like to invite you on 21 February 2022, 12 p.m. CET, to the premiere of the film “Black skies. The fate of Płock Jews in the years 1941-1945”, which we produce thanks to the funding of the Association of the Jewish Historical Institute in Poland.

The film tells the story of Jews of Płock who, after being deported from the ghetto liquidated at the turn of February and March 1941, found themselves in Działdowo, Chmielnik, Skarżysko-Kamienna, Częstochowa, Starachowice-Wierzbnik or Bodzentyn. It is based on the memoirs of Jewish residents of Płock, mainly Adam Neuman-Nowicki, who passed away in 2021 and to whom the film is dedicated, and Tema Lichtensztajn.

Since the release date, the film will be constantly available on our channels on Facebook, Youtube and Vimeo, in Polish, with Polish and English subtitles.