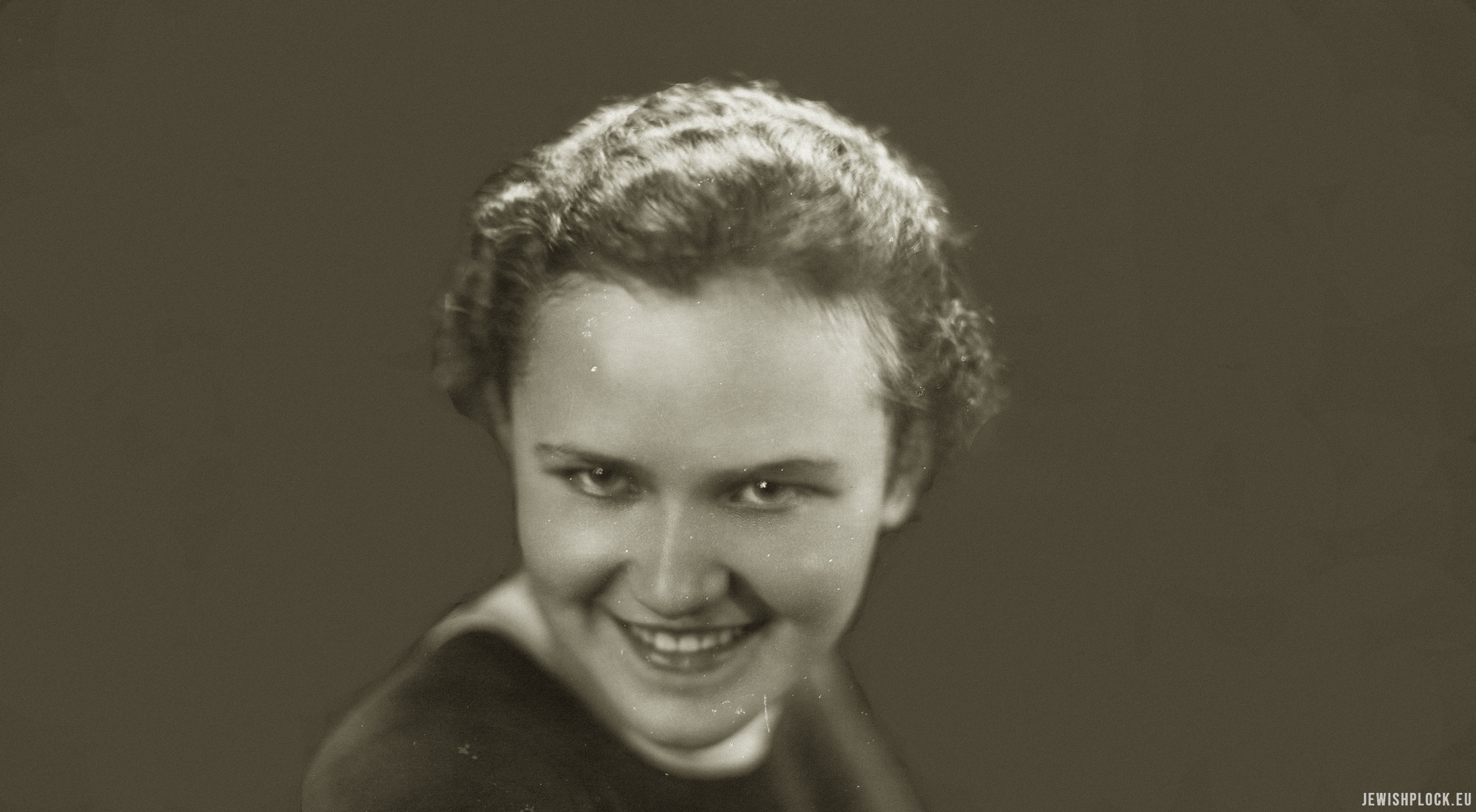 Zofia Pakuła née Graubart was the daughter of Abram Nusen aka Natan (born in 1886) and Chaja (born in 1891). She had an older sister Jadwiga (born in 1918). The Graubard family lived at 8 Sienkiewicza St. Natan Graubard was a grain merchant, owner of a seed store and an estate at 42 Kwiatka St. Read the story of Zofia Pakuła, who survived the war and became a respected doctor, written by her son Andrew:

How much adversity can a person face and still triumph? Zofia Graubart Pakula was born in a Jewish home in Płock, Poland on December 13, 1919. She lost her mother at birth. It was because of this enormous tragedy that she had always wanted to become a physician and heal people. While other little girls played with their dolls, she pretended to operate and put bandages on hers. On September 1, 1939, the Nazis invaded Poland, and like many others, Zofia, her father, stepmother, two stepbrothers, and her fiancé, a graduate student of microbiology, Roman Pakula (the biogram of Roman Pakuła – link), fled to the east. They settled in Lwów, a formerly Polish city absorbed by the Soviet Union. Zofia and Roman married on January 10, 1940.

After Hitler broke his pact with Stalin and invaded the Soviet Union in June of 1941, Lwów was no longer safe. Sadly, Zofia’s father’s family could not escape and were murdered by the Nazis. Roman was conscripted into the Soviet army and fought in several battles including the decisive one in Stalingrad. Zofia, armed with the fluent knowledge of German and false papers in the name of Pakulska, chose to take her chances and return to Warsaw. What great irony it was that the language she once loved, the language of Heine, Goethe, and Schiller, became the language of those who had murdered her family, but also greatly helped her to survive the war.

Under Nazi occupation, businesses belonging to Jews and later Poles were confiscated and given to Polish citizens of German background. With her excellent German, Zofia found a job as an administrator in a hosiery factory. Her life in Warsaw was a nightmare. She was always hungry and looked in the windows of bakeries and imagined eating the bread she could not afford. She saw Jews being captured and killed. She saw a young Jewish boy killed by a Nazi who repeatedly smashed his head against a wall. In possession of a life-giving “P” patch, for Pole, rather than the deadly yellow Star of David J, for Jew, she spent every waking moment in fear of being found out. How incredibly brave she was.

Things were very difficult and then, unbelievably, in the fall of 1943, they got worse. Someone from Płock, driven solely by unreasoned hate, saw Zofia with her “P” and, deciding that she did not deserve to live, informed the Gestapo. She never found out who it was. Luck intervened as Zofia was at work when the Gestapo came looking for her. At the time she was staying with two women whose husbands, former Polish army officers, were in Auschwitz. The women gave the Nazis a completely misleading description of her appearance. Thankfully unaware that her life was in peril, she came home passing by the two Germans waiting nearby. Once inside, her friends advised her to leave Warsaw, to hide out in a nearby forest, and, once there, to find the place where she could contact the Resistance. She spent more than two weeks in the forest, a young woman all alone, fearful, starving, assuming her husband and family are gone forever.

The Resistance told Zofia that she should go to the railroad station and volunteer for the German war effort. As the Nazis were great record keepers, she was advised to change the destination she would be assigned and provided with an eraser and a pencil to do so. She erased Munich and put Vienna instead. In Vienna, she did back breaking work and, together with a group of women, mostly Greek, she did her best to sabotage the German war effort. She continued to starve. When the Soviet Army liberated Vienna in the spring of 1945 women tried to look and dress old so as not to be raped. Although finally safe, she suffered a nearly fatal case of typhus. She remembered a Red Cross medic waving his hand to indicate that she would not make it.

Zofia had never thought to mention one incident that came to light some time after the war. Roman found out when a package arrived from Vienna containing a beautiful antique ornament and letter from a man thanking Zofia for saving his life. He had been an elderly janitor at the factory where she worked and was as helpful as possible to the starving workers. After liberation, a Soviet soldier saw a German man and he aimed his rifle. Zofia placed herself in front of the man and then a Soviet officer interfered.

Back in Poland after the war, the grievous loss of her family came together with the joy of Roman’s survival and the news that sister Jadzia was safe in Palestine. Zofia was now determined to follow her dream to become a physician. When circumstances permitted, she entered medical school in Warsaw and graduated in 1959, specializing in rheumatology. The first time a patient of hers died she cried and cried. There were always flowers and chocolates from grateful patients. In 1963 she spent nearly a year in Paris doing research on rheumatic heart disease in children, working and living in French.

In 1964, Roman, who was well respected in his field, had an offer from the Connaught Medical Research Laboratories in Toronto. Soon after, he joined the University of Toronto Department of Microbiology as a Professor and later as Acting Department Chair. A few months later, Zofia and son Andrew joined him in Canada. To get her license to practice medicine in Canada Zofia had to pass a series of strenuous exams in a new language. In her mid forties, she went through more than two years of tough medical residencies, sometimes working twenty four hour shifts together with people twenty years younger. At the time, fewer than half of foreign trained physicians completed the stringent requirements. She changed the focus of her practice to work with the developmentally challenged and their families and took a job with the Surrey Place Centre. In addition, she provided psychiatric evaluations for about three hundred Holocaust survivors assessing their loss of earning ability due to Nazi persecution. Her reports were used by the German government to determine the size of pensions to be paid to the victims. There were always grateful patients and some years after she retired she received a phone call from a mother of one of her patients saying: ‘Dr. Pakula – you saved my life and I pray for you every day.’

Roman died in 1986. Even after turning sixty-five, Zofia continued to work nine months a year for five years, spending the winters in Florida. In her retirement, she was very active enjoying movies, books, concerts, bridge and Scrabble. She always walked as far as she could – whether ten kilometers daily in Florida with her friends, or short walks, with frequent rest, with her walker and her caregiver on the glorious autumn day before the final illness struck. Her final years were plagued by severe illness. She handled it all like she lived her life – with enormous grace, strength and courage.

Whatever the circumstances, she always did her best. People who met her stayed in touch. Fun loving and with a great sense of humor, she was a joy to be around. She was always kind, giving, and considerate. She faced the worst ordeals with a smile that always touched my soul. She was the best mother anybody could have.

An edited excerpt from Dr. Pakula’s eulogy by her son,