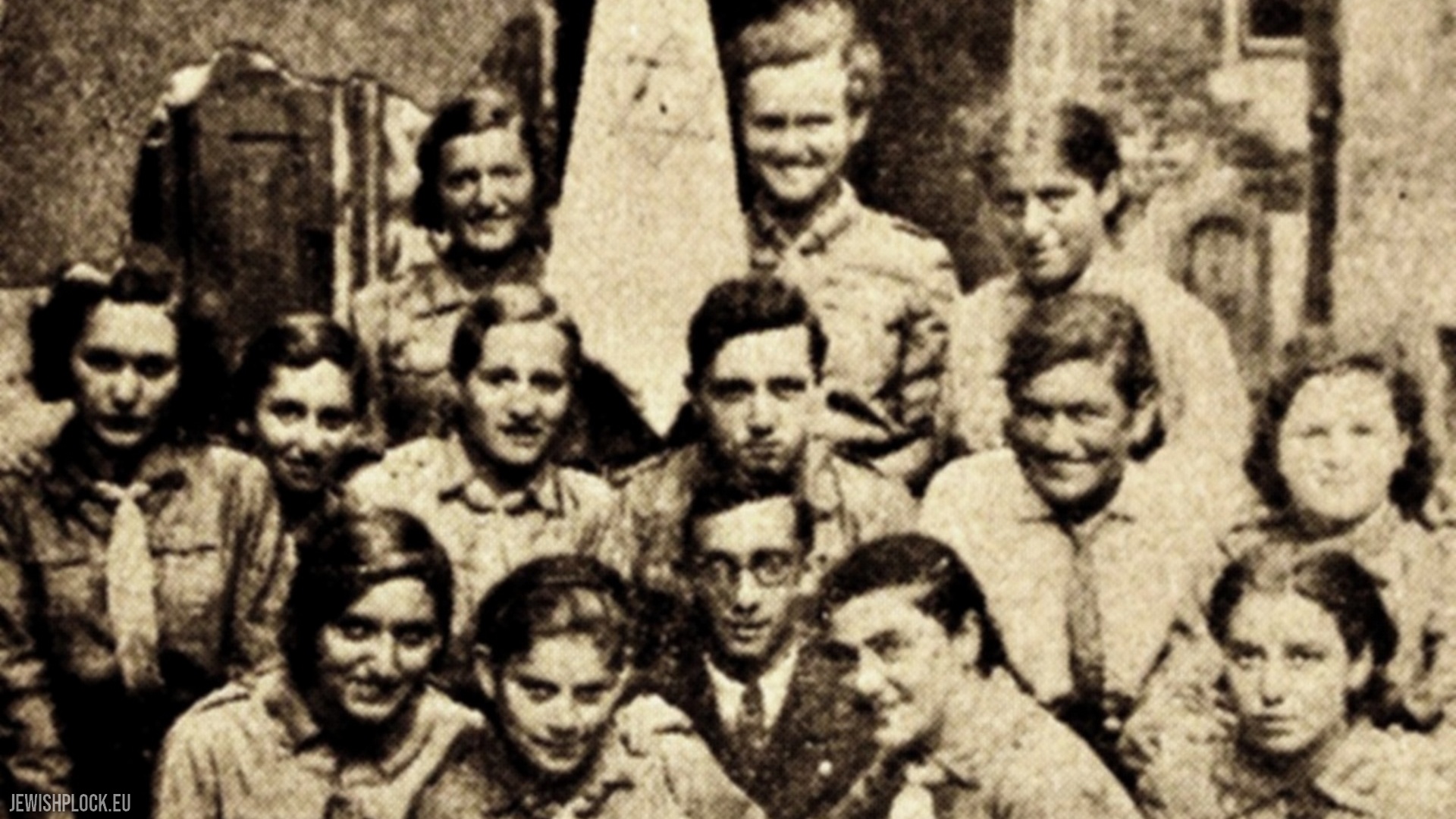 Hanka Borensztejn was born on May 11, 1920 in Płock. Her father – Kos Borensztejn, son of Chaim Mortka and Nechama nee Koral, came from Płońsk. Hanka’s mother’s name was Estera – she was the daughter of Dawid Tewel Cylich and his wife Sura. After her death in 1928, Kos Borensztejn remarried Estera Ruchla Głogowska née Minc (in 1931). Hanka belonged to the Zionist youth organization Akiba. Before the war, she worked as a clerk. During the occupation, she dealt with food smuggling.

In the summer of 1939, everyone was talking about the inevitable war. People were supplied with gas masks, food products, the horrible situation of German Jews was remembered, but no one, absolutely no one could foresee the terrible consequences of the Second World War, or the pointless, inhuman extermination of over three million European Jews. In Płock this summer, the atmosphere was depressing. No one knew what to do, and as soon as the radio brought the unfortunate news of the German attack, the waves of people flooded the roads and paths in various directions just to escape. Where? To whom? The first German soldiers entered a half-deserted city. Seemingly, nothing drastic was visible and the fugitives slowly began to return, bringing news about the first victims of the unfortunate journey. Then I heard about a rain of bullets from plane guns hitting defenseless citizens on open roads, demolished houses which buried people alive, and in the general chaos many tragedies arose only to be soon forgotten in the face of the greater and more terrible ones that followed.

Kos Borenstein lived in New Market Square, he had a store of textile goods. When the war broke out, he was elderly, he did not want to leave the apartment and he did not get carried away by general hysteria. His attitude also prevented Hanka from aimless wandering. Hanka’s two older sisters (both nurses), Stefa and Róża, and brother Wolf were in Warsaw. After some time, Hanka found out that the Germans gave passes to leave the city. She stood in a long line waiting for the longed-awaited pass. Upon hearing her name, the clerk immediately refused – Jews were not allowed to travel. It was her first encounter with the Germans. It was then that she learned that she must not show the outside world that she was Jewish. Normal communication with Warsaw was interrupted. The bridge was damaged, ship and bus services did not run. Worries about her siblings did not allow Hanka to have inner peace. One day she went out to the market square and saw a young farmer. She asked if he would take her and his friend (Fela Wolrat) to Warsaw for a good price. The boy agreed, she took some food, sacks of bread and left. In Warsaw, the coachman pulled up to one of the courtyards, he did not want to continue his journey around the city in search of Hanka’s relatives. However, her entrepreneurship did not give up – she found a vegetable trolley on two wheels, converted it into a rickshaw, and so she went to Zielna Street, where she found her sisters.

An unexpected situation has occurred that has pushed me on a new path of trade and wartime smuggling. The bread for which I paid 20 grosz in Płock was eagerly bought by people for 5 zlotys, as well as sugar, flour and other products. Having collected some money, I returned to Płock in order to immediately return with a much larger reserve.

During winter, she was still travelling between Płock and Warsaw. When one of the transports with flour and sugar was stopped and confiscated by German military policemen, Hanka managed to save herself for a piece of butter and returned to Warsaw. She stayed with her Polish friends, two sisters who lived in Płock before the war. She continued smuggling with Hania and Stasia and their father. When she moved to a girls’ boarding school with her sisters, she decided to bring personal belongings from home.

Ships were already in operation then, but the ticket could be obtained upon presentation of a personal ID. I did not have any proof of identification, so I only hoped that Hania would get a ticket for me as well. In the meantime, when I was alone in the cabin, a German search was carried out and IDs were requested. Of course, I couldn’t show anything, so I was taken to the Gestapo, which was located in the building of the Rościszewska Middle School. I only took a suitcase with personal belongings, or rather the soldier took it. As I entered the room, a terrible sight of the so-called German justice passed before my eyes. A spacious room filled with civilians, a desk in the center, a Gestapo officer with riding crop and a translator. People with raised hands faced the wall and were summoned to turn around to the desk for questioning. When a Gestapo officer noticed me and asked what I was doing here, I made an innocent face and replied with the same question – I want to know why I was brought here. This baffled him, he handed me a chair and told me to wait for his colleague who had arrested me. After a few moments, I was called to the other room. There was a translator, a Gestapo officer and… my open suitcase full of clothes and books in French, English, German and Latin. The questions began to fall short and quick – a strange calmness seized me, and my mind worked with refined precision. Name, age, address, profession, parents – everything came out of my mouth calmly, logically and without much thinking. The Gestapo man was throwing around the room like a wild animal, he didn’t want to believe me, but my cold calmness finally convinced him. I found out from the translator that I am accused of espionage (my books), but I am lucky and will get a pass to my place of residence. And so it happened. It was with great relief that I gathered my belongings and left as quickly as possible, I was also happy to receive such an important pass. This time I decided to go by train, and in my naivety I could not foresee how many more worries this pass would bring me. There was a border in Kutno and a second ticket had to be bought. They did not want to sell me a ticket, and when, after long discussions and efforts, I finally obtained it, I had to get off the train anyway, because the Germans performing a search did not want to recognize the validity of the Gestapo pass. Ironically – this time a pass issued by the mayor was requested. In despair, I stood in front of the train and began to wonder what to do next. At that moment, a German officer came and, having learned about my adventure, he ordered me to get back on the train as soon as the search ended. I did so and I made it to Warsaw without any further adventures…

(Hanka Borensztejn’s memoirs in the collection of Yad Vashem)