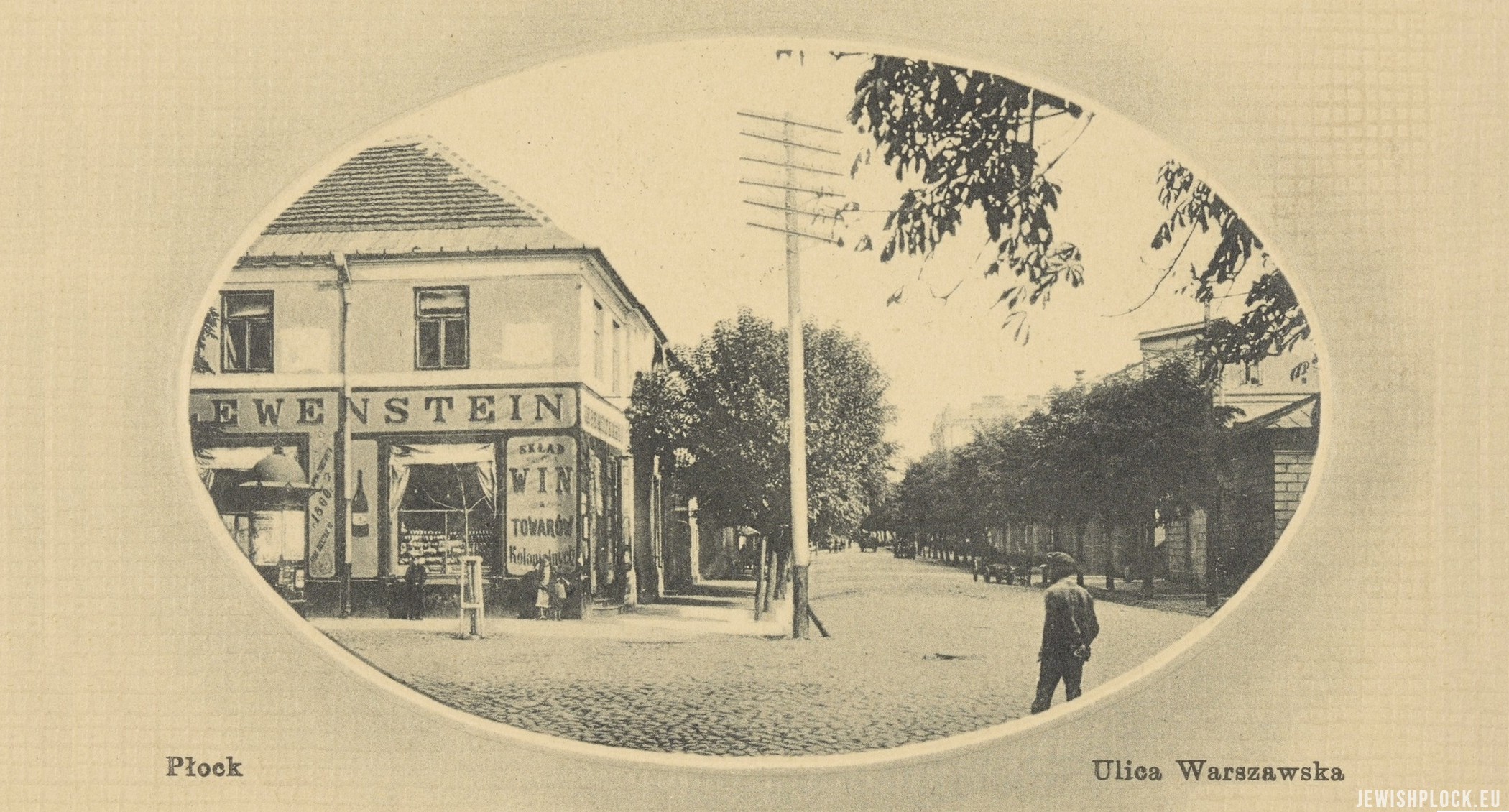 The property with the former mortgage number 281 is located in the eastern corner of Tumska and Kościuszki streets, in the space of the historic downtown of Płock.

The first owner of the property was Ludwik Mahn, an assessor, the architect of the Płock department, and also a member of the Masonic Lodge in Płock. After the death of Ludwik Mahn, the property was owned in 1824 by his widow, Fryderyka née Wolters from the Pomerania region, daughter of Krystian and Anna Maria née Werner, and their children – son Karol Henryk Antoni and daughter Amalia Szarlotta Leopoldyna. After the death of his mother and sister, Karol Henryk Antoni sold the inherited property to Bogumiła Rościszewska née Ligowska, daughter of Jan and Marianna née Dobrosielska, wife of the captain of the Polish Army Franciszek Maksymilian Rościszewski. The next owner of the property was Ludwik Bergman, and after his death, in 1853, Amalia Bergman and Laura Amanda, Sydonia Ewelina and Ferdynand Edmund, the Bergman siblings. In 1877 Moryc Lewenstein became the owner of the property.

Moryc Lewenstein was born in Mława in 1833 as the son of Lejba and Ryfka Ruchla. His wife was Chawa née Pinkus, daughter of Naftali and Ruchla, born in 1844 in Kutno.

Moryc and Chawa had several children: Naftali (born in 1867), Nachman (born in 1869), Fajga (born in 1872), Rafał (born in 1873), Gelia (born in 1877) and Pinkus (born in 1881). The second child of Moryc – Nachman, married Teodozja Maria née Piekarska, daughter of Wojciech and Bronisława née Schmidt, who was born in Kalisz in 1885. Nachman Lewenstein worked as a clerk. Rafał Lewenstein’s wife was Aleksandra née Michajłow, daughter of Prokop and Matylda née Braun, born in 1898 in Płock, of an Orthodox religion. In 1921, Rafał converted from Jewish to Evangelical-Augsburg religion.

Since 1862, at 1 Kościuszki Street there was a sculpting and framing company of Walerian Krowicki, which dealt with all church works: renovation, reconstruction and construction of altars, baptismal fonts, feretories, antepedia, ciboria, canopies, banners and painting of church interiors and facades. The company’s services also included competitive prices for framing paintings.

The lithographic studio of the printer Mojżesz Rozenfeld also operated at this address (since 1888). The workshop had a prining press, it carried out multi-colored artistic and lithographic works. A stationery store operated by the printing house. Rozenfeld’s company operated until 1904, then was taken over by Izrael Koszerkiewicz.

In the interwar period there was the office of lawyer Szymon Nichtberger, the seat of the Society of Cyclists in Płock and Estera Nejman’s “Źródło bogactwa” (“Source of Wealth”) lottery.

After the death of Moryc Lewenstein, the property was inherited by his wife Chawa and children. From 1912, the owners of the property were the brothers Nachman and Rafał. In 1926, Rafał purchased a part of his property from Nachman, becoming its sole owner.

The property at 1 Kościuszki Street by the decision of the Minister of Culture and Art announced in Monitor Polski on July 31, 1920 No. 171 was included in the category of historic buildings.

Rafał Lewenstein was a well-known art lover in Płock, collector and president of the Credit Society. He was murdered by the Germans in Działdowo.