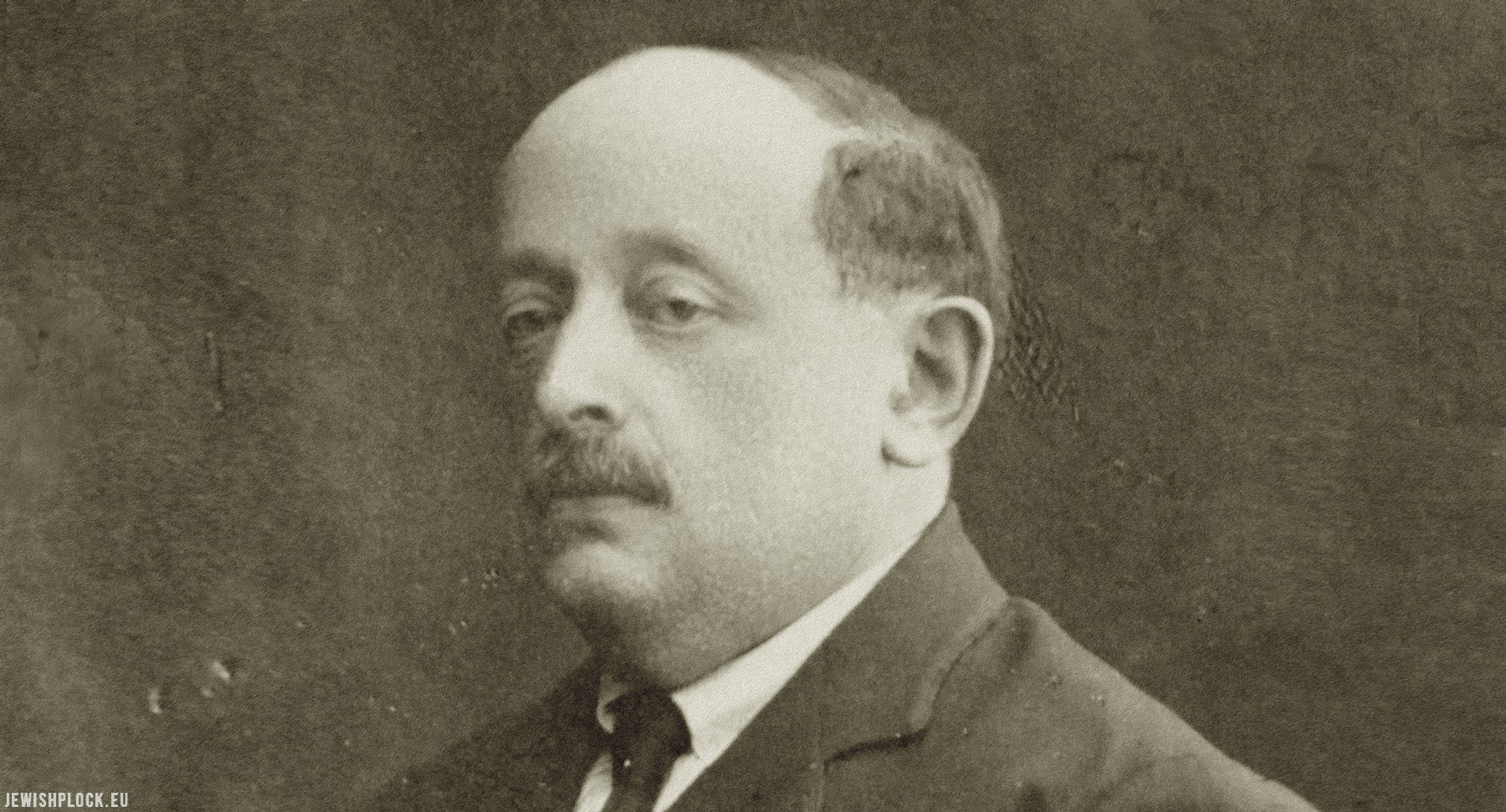 Stanisław (Salomon) Posner was born on November 21, 1868 as the son of Leon and Matylda née Bornstein. His father was one of the proponents of the assimilation, many of his articles were printed in Warsaw’s “Jutrzenka”. Stanisław Posner’s sister was Malwina Garfein-Garska – writer and publicist, author of Gromnice (1907) and Opowieść o duszy polskiej (1912). Stanisław’s great-grandfather – Salomon Markus Posner (1770-1848) – a merchant and philanthropist from Finland, as a young man settled in Warsaw, where he became a salt trader and soon reached a considerable fortune. Thanks to it, in 1817 he was able to buy land in Kuchary Żydowskie, where he moved with his family and, in 1823, founded one of the first textile factories in the Kingdom of Poland.

Stanisław Posner was an outstanding lawyer – theoretician. He graduated from the Faculty of Law at the Imperial University of Warsaw. Already as a student, since 1891, he wrote articles for “Gazeta Sądowa Warszawska”. In 1893, he was awarded a gold medal for a contest study titled Szkoła historyczna prawa w Niemczech (The historic legal education in Germany). He continued his studies in the years 1893-1895 at the Faculty of Law of the Friedrich Wilhelm University in Berlin. After returning to Poland, he was involved in research and journalism. In 1900 he published his work entitled Prawo a życie, which was awarded at the “Gazeta Sądowa” competition, and three years later, a famous study Nad otchłanią (Over the abyss). In this work, he aimed to prove that human trafficking is not fiction, he cited in detail the court hearings of two trials in Bytom and Piotrków, in which the accused admitted that they were involved in deporting women to brothels in South America. At the time, such trials were exceptional. His creative achievements include dozens of articles in the pages of “Przegląd Tygodniowy”, “Prawda”, “Ogniwo”, “Themis Polska”, “Wiedza”, “Książka”, “Czasopismo prawnicze i ekonomiczne”, “Przegląd Filozoficzny”, “Przegląd Polityczny”, „Wielka Encyklopedia Ilustrowana”. Posner was the author of numerous books and brochures in Polish, French and German from various fields of legal and social sciences. Among his many works, worth mentioning are: Domy ludowe w Belgii (Workers’ Houses in Belgium; in which he deals with workers’ cooperatives), Drogi samopomocy społecznej (Means of social self-help; where we can find essays on, among others, Franciszek Tarczyński and buttonery in the town of Sochocin) or the work Dlaczego jestem socjalistką? (Why am I a socialist?), published in 1921. As Feliks Perl wrote, Stanisław Posner was a socialist in the name of respect for man, in the name of creating conditions for man to fulfill his human potential.

During World War I, Stanisław Posner was in exile in Western Europe. At the time, he worked with extraordinary effort for the cause of Poland’s independence. He gained the opinion of a reliable informant, a noble politician, a great patriot, and at the same time a modern European. Posner wrote about Poland for numerous French magazines, gave lectures, held private meetings with influential people. At the same time, he organized Poles in France, preparing them for future activities in independent Poland. He was the initiator and creator of the Adam Mickiewicz People’s University in Paris, which was founded in 1916. Together with Józefa Franciszka Joteyko and Maria Grzegorzewska, he organized the Polish Teaching League – an institution that set itself the task of collecting for the country’s needs materials in the field of education and teaching methods, as well as promoting the Polish independence movement. From Paris, under his own name or a pseudonym of Rajmund Kucharski, he wrote numerous letters to Polish magazines published in Russia by Polish emigrants.

In 1922, Stanisław Posner was elected from the Polish Socialist Party (PPS) list in the Kielce Province to the Senate of the Republic of Poland. He worked in the Legal, Foreign and Military Affairs Committee. In 1928 he again became a senator from the PPS state list, he was then entrusted with the dignity of the Senate Deputy Marshal. For both terms he was the vice president of the club of the Association of Polish Socialist Parliament Members and the president of the socialist faction in the Senate. He spoke many times in the most important debates. His parliamentary speeches testifying to his deep knowledge of law and multilateral erudition have earned him the status of an eminent parliamentarian. Collected in the book Pięć lat pracy w Senacie Rzeczypospolitej 1922–1927 (Five Years of Work in the Senate of the Republic of Poland 1922–1927), they were published in 1928 by Księgarnia Robotnicza.

Stanisław Posner’s great contribution was Poland’s ratification of the ban on night work and the admission of children under the age of 14 to industrial work, recognized at the First International Labor Conference in Washington in 1919. He was also one of the authors of the Geneva Declaration of 1924, in which children’s rights were first listed, and one of the founders and vice-chairman of the League for the Defense of Human and Citizen Rights. He was one of the founders and a board member of the Polish Association of the League of Nations. He actively worked in the Interparliamentary Union – an international organization founded in 1889, the goal of which was to protect peace and fuel positive democratic change through political dialogue and actions. Finally, he worked for young people in a institution dear to his heart, which was established in 1922 – the State Institute of Special Education, under the guidance of professor Maria Grzegorzewska – creator of special education in Poland.

Let’s remember, wrote Posner, that it is happiness to love people. You have to respect them, not hate them and despise them. You need to bind people together, not divide them and grind their relationships to dust. You need to establish social connectivity, instead of opening craters of hatred and selfishness…

Stanisław Posner died on May 8, 1930. He was buried in the Evangelical-Augsburg cemetery in Warsaw.

The Nobiscum Foundation has devoted an exhibition to Stanisław Posner, which was prepared last year and presented so far at the Department No. 7 of the Władysław Broniewski Library in Płock, during the 5th January Uprising Run in Kuchary Żydowskie, in the Municipal Culture Centre in Płońsk during this year’s Jewish Culture Festival in the city of Ben Gurion and the Municipal Culture Centre in Sochocin.