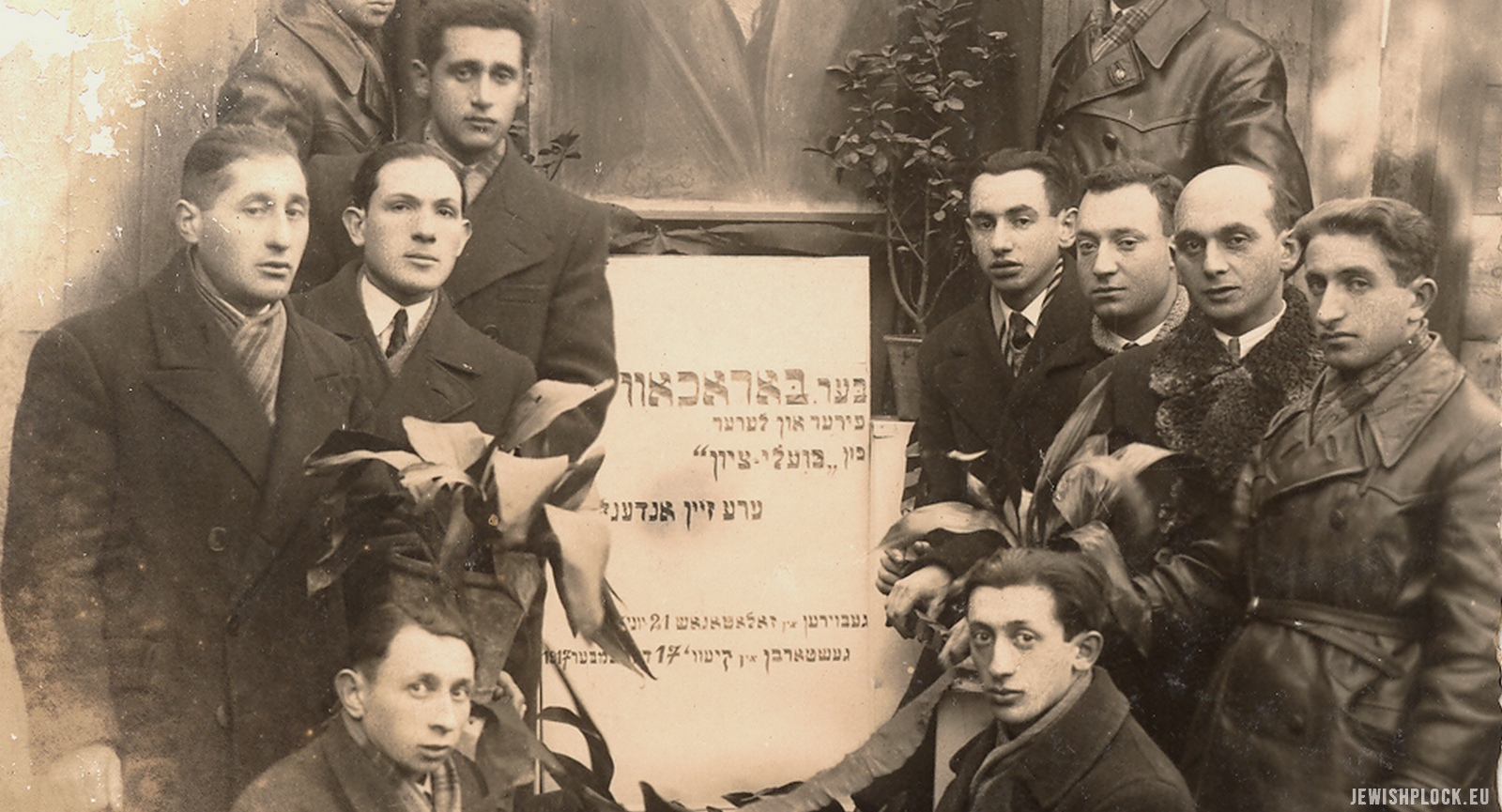 The branch of the Jewish Social Democratic Labour Party Poale Zion was founded in Płock in 1904. After the Russian Revolution in 1905, the activity of Poale Zion was banned by tsarist police, and the members of the organization went underground. It was only after World War I and the creation of the Polish state that this movement succeeded in establishing branches in almost every city and town, also in Płock.

Poale Zion actively participated in the elections, both to the city authorities of Płock and parliamentary. They conducted evening courses and organized labour unions that were responsible for strikes, as a result of which employers had to pay higher wages to employees. In 1925, members of the organization founded a dramatic theater and sports club called Stern. Members of the organization stood out in their fight against anti-Semitism in the pre-war years and as anti-Nazi fighters during the war.

Most of them were murdered along with the entire Jewish community during the Holocaust.