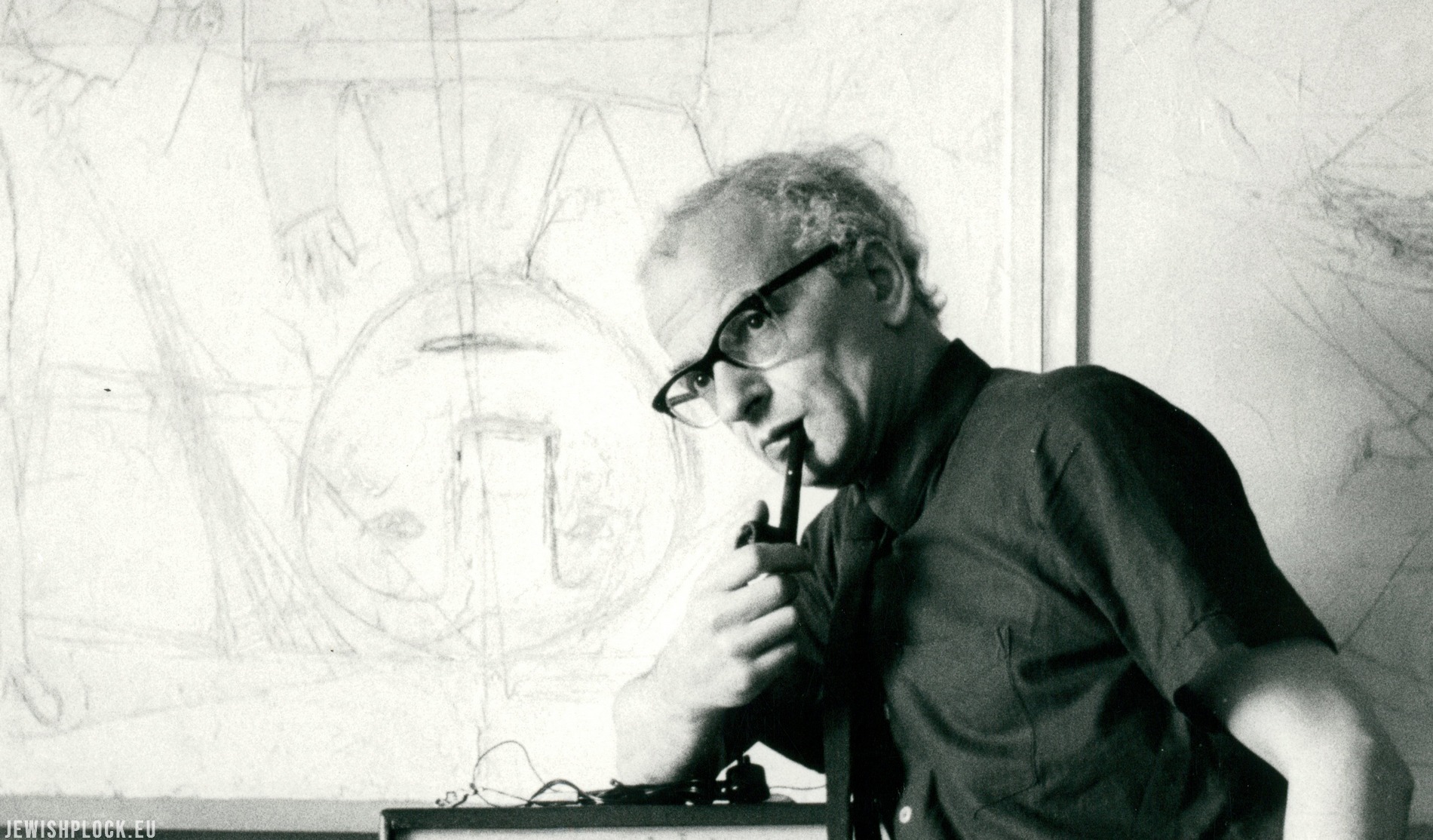 Stefan Themerson was born on January 25, 1910 as the son of Chaim Mendel aka Mieczysław Themerson (1871-1930) – a medical doctor, writer and publicist, and Sara Liba aka Salomea nee Smulewicz. In 1928 he graduated from the Władysław Jagiełło State Junior High School in Płock. In the same year he went to Warsaw to study. He studied physics at the University of Warsaw and architecture at the Warsaw University of Technology. At the end of the 1920s, he began experimenting with photography and film, including photograms and photomontages. In 1931, he married Franciszka Weinles, with whom he realized (until 1937), using innovative techniques, six avant-garde films, including “Pharmacy” (1930) and “Europe” (1932). In 1937, Stefan and Franciszka Themerson left for Paris. At the beginning of September 1939, they volunteered for the Polish army in France. After the surrender of France, they left for London, where they settled permanently. Stefan Themerson was the author of many grotesque-philosophical novels, including “Professor Mmaa’s Lecture” (1953), “Cardinal Pölätüo” (1961), “Tom Harris” (1967), “Euclid Was an Ass” (1986), “Hobson’s Island” (1988). He was also the author of popular works for children, including “Mr Rouse Builds His House” (1938) and “The Adventures of Peddy Bottom” (1951). In 1943-1946, Themerson collaborated with the London monthly “Nowa Polska” (“New Poland”). In 1948, together with Franciszka, he founded the Gaberbocchus Press publishing house, the goal of which was to publish so-called bestlookers (books with original layout). He died in London on September 6, 1988.

Stefan Themerson is considered one of the most original artists of the 20th century avant-garde. In his hometown he is commemorated by a plaque on the wall of the house at 5 Grodzka Street, where he was born and spent his childhood. Since 2010, the Themerson Festival has been organized in Płock, and since the beginning of 2019 the name of Stefan and Franciszka Themerson has been borne by the Płock Center of Culture and Arts.

Photograph of Stefan Themerson above (including modifications) CC BY-SA 4.0: https://pl.wikipedia.org/wiki/Stefan_Themerson#/media/Plik:Stefan_Themerson12.jpg