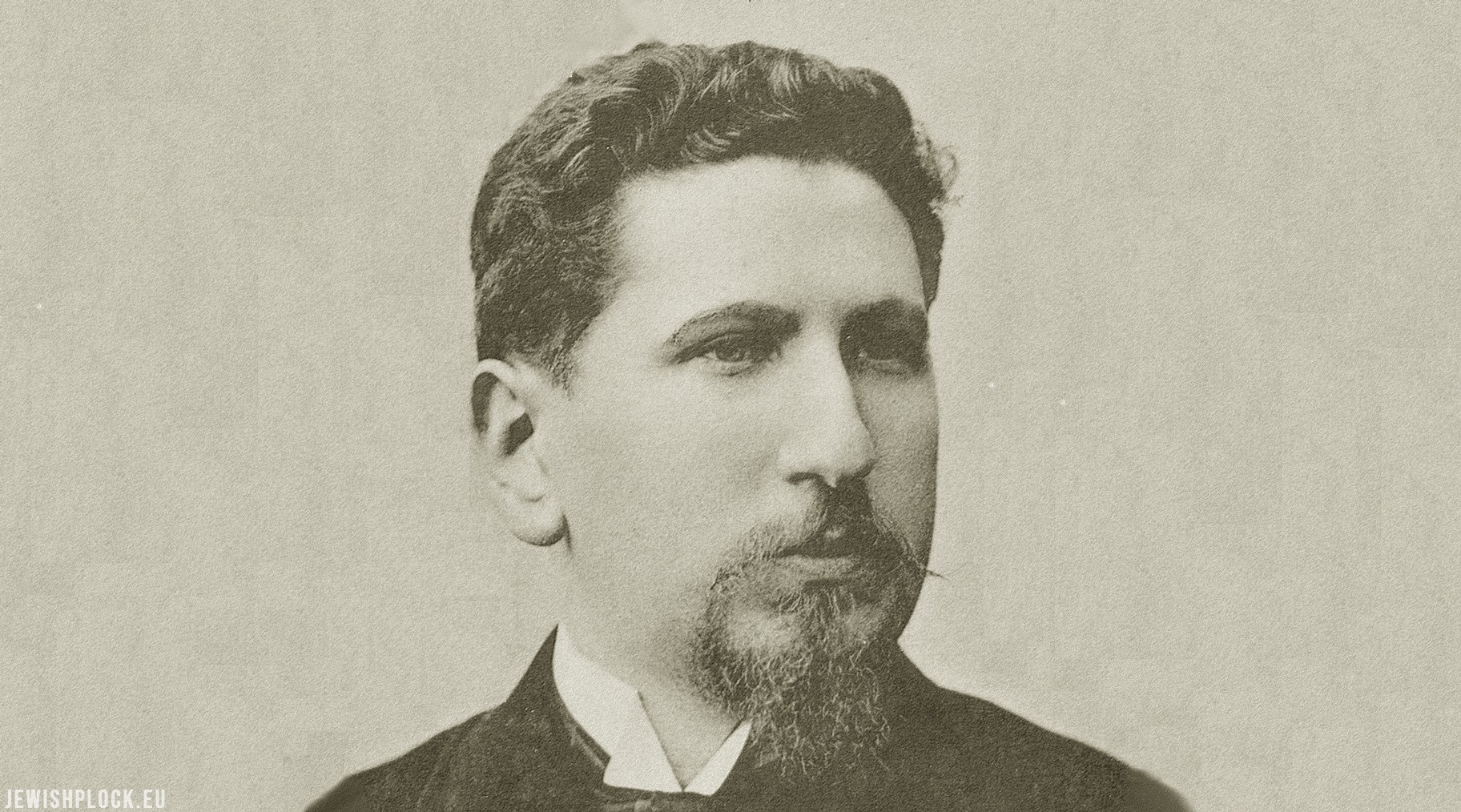 Nachum Sokołow was born on 1 January 1859 in Wyszogród, as the son of Szmul Josek (born in 1827, son of Icek and Gitla Chaja née Bresler) and Mariem Gitla (born in 1830, daughter of Szmul and Itta Smrodynia aka Kohn). He spent his childhood and early youth in Płock – his family [Nachum had three sisters: Cyrla (born in 1852), Etta (born in 1855) and Frymeta (born in 1861) and brother Szyja (born in 1863)] lived at the Old Market Square in the house of Szlama Pokrzywa. In Płock, Nachum received traditional Jewish education – he attended one of the Płock cheders, then Markus Dancygier’s school located at Synagogalna Street. He also took private lessons from teachers in Płock. As a student, he published the “Szoszana” newspaper with his friends. Since 1876, he published articles in “Ha-Cefira”, of which he became the co-editor in 1886, and in 1892 the editor-in-chief. He also collaborated with the magazines “Ha-Maggid”, “Archives Israelites” and “Hamelic”. In the years 1896-1902 he was the editor of the “Izraelita” weekly. In 1897, Sokołow participated as a journalist in the First Zionist Congress in Basel. In 1905-1909 he was the secretary general of the World Zionist Organization. From 1906, he was the editor of the Zionist newspaper “Die Welt”. In 1908, he founded the “Jewish World” magazine. In 1911, during the 10th Zionist Congress, he was elected a member of the Executive Committee. During World War I he was in London, where he worked with Chaim Weizman. During the 12th Zionist Congress he was elected chairman of the Executive Committee in 1921. In 1924 Sokołow visited his family town of Płock – he was already a well-known man, and his arrival was met with great enthusiasm from the Jews of Płock. In 1931–1935 he was the fifth president of the World Zionist Organization. After 1935, he was the honorary president of the World Zionist Organization and the Jewish Agency. He died on May 17, 1936 in London.