EHD, or European Heritage Days is the largest social and educational project in Europe, as well as the most important festival of cultural monuments of the Old Continent. The main goal of EHD is broadly understood historical and cultural education, promoting the diversity of regional cultural heritage, highlighting the common roots of European culture and promoting intercultural dialogue.

In this year’s edition, Gostynin will also join the EHD celebration. In cooperation with local activist groups, two themes were created, the first of them, Multicultural Gostynin, propagates the ideas behind the “Multicultural Gostynin” project – the remembrance of the fact that representatives of non-Polish nationalities – people of a different language, culture and religion went down in Gostynin’s history of over six hundred years. Gostynin was a multiethnic city and it still is its great value.

As part of EHD, the organizers invite you to events on the first weekend of September:

6.09. – 6 p.m. – Barbara Łuczkowiak’s exhibition (associate professor at the Academy of Fine Arts in Warsaw, Experimental Fabric Laboratory) – will be held at the MCK Gallery

7.09 – 6 p.m. – The performance of the “No Nie Wiem” Theater entitled “The Others from Florianska Street”, in the auditorium

8.09 – 3 p.m. – Multiethnic walk along the Multicultural Gostynin trail (collection at board No. 1) 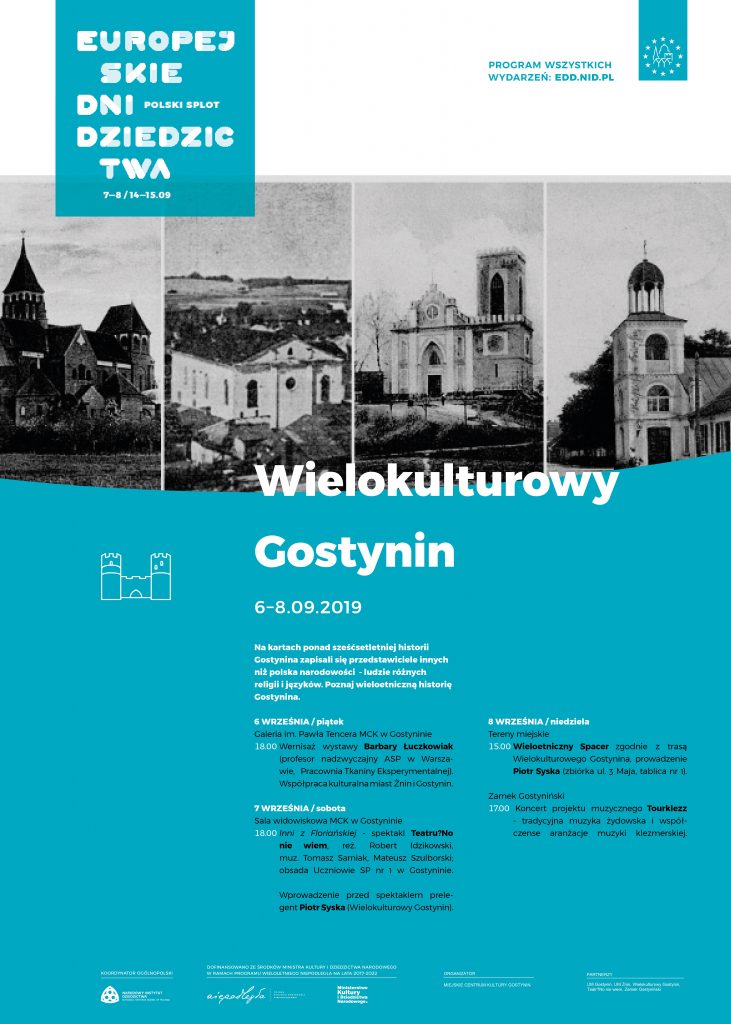 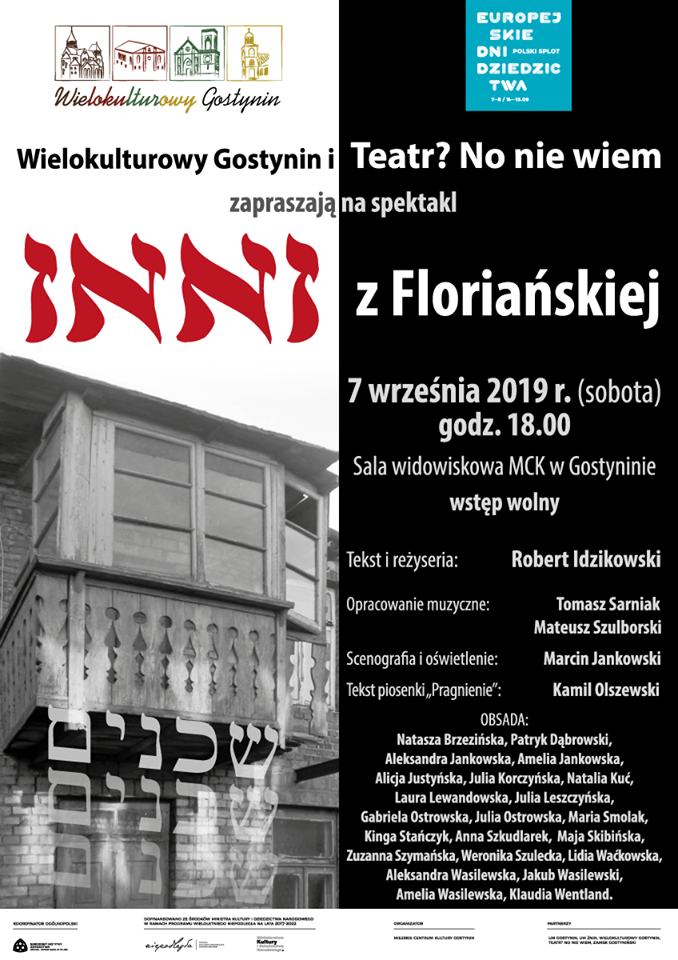