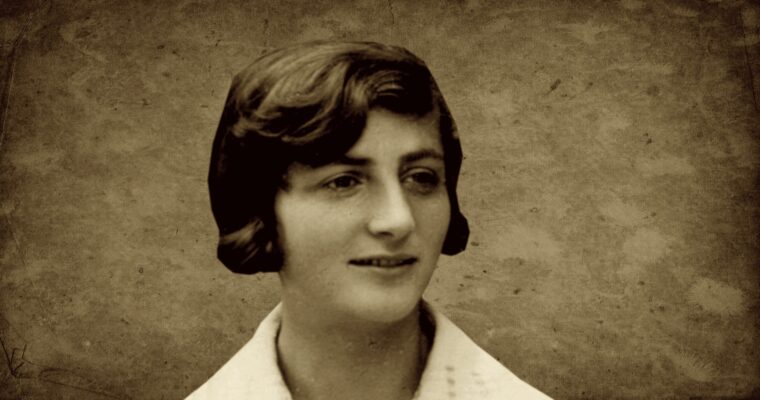 Ewa Guterman was born in 1908 to the family of Jakub Alterowicz and Necha née Tyszman. She had several siblings: brothers Pinkus, Icek Szlama, Mojżesz, Eliasz and sister Czarna. Ewa made a living by tailoring, which she learned at the “ORT” courses in Warsaw. In […] 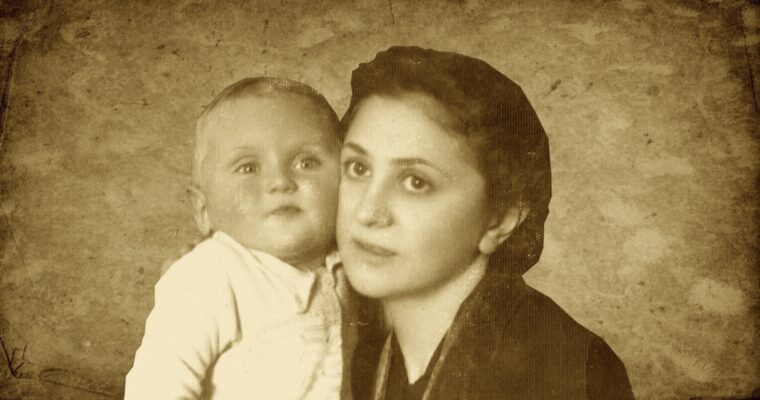 Eda (Estera) Zylbersztajn was born in 1916 in Warsaw, as the daughter of Jakub and Frajda nee Najman. Her father came from Lublin, he was a carpenter. Frajda, the daughter of Abram and Pesia, was born in Śniatyń. Eda had four siblings: brothers Ajzyk (Adek) […] 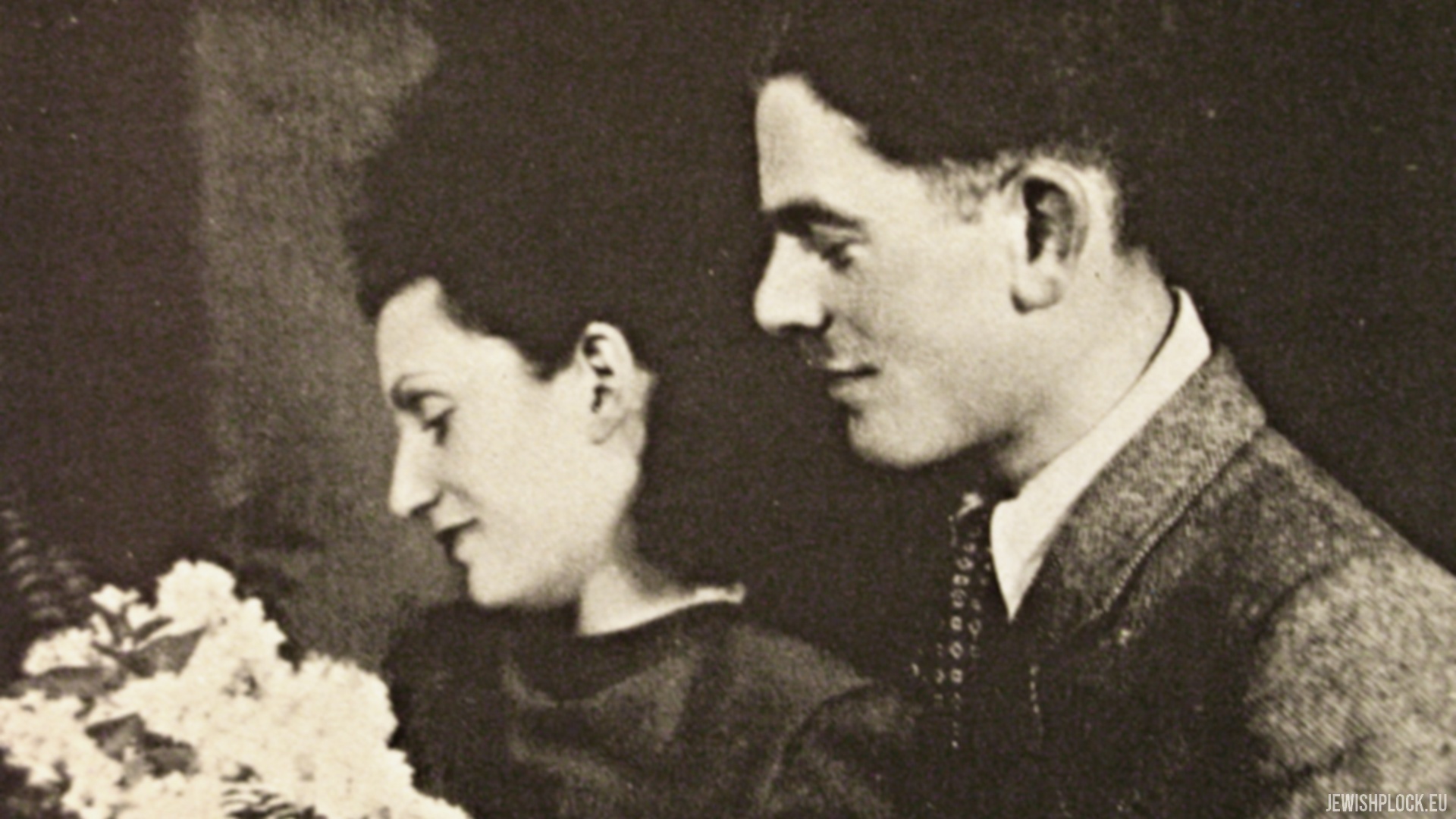 Ilonka Rappel was born in 1919 in Warsaw. Her parents were Adolf – a glove maker and shop owner, and Gustawa née Sztechtman. Ilonka’s family came from Płock (her grandfather, Rachmil Szechtman, owned a soap manufacture on Zduńska Street), and she spent her childhood there. She was a graduate of the Regina Żółkiewska State Middle School in Płock. In 1937 she moved to Warsaw, she used to visit Płock in the summer.

At the outbreak of World War II, she lived at the corner of Marszałkowska and Próżna Streets, then at the corner of Elektoralna and Chłodna Streets, where she looked after the apartment of the Warsaw-based attorney Hempel. As a result of the bombing of the city, the house on Elektoralna Street was destroyed and all Ilonka’s belongings were lost. At that time, her father, mother and younger sister Lilka took refuge with their grandparents in Płock. Anti-Jewish repressions became more and more severe. Ilonka was caught for forced labor by SS men several times. At that time, she lived with relatives: aunt Finkielsztejn and her daughter Lunia with her husband Kuba Kenigsberg and son Andrzej. Living conditions became more and more difficult. Ilonka’s relatives changed their apartment several times. Even then, there was hunger in the open ghetto, and after its closure, the situation got even worse.

In the fall of 1941, she met her friend, Moniek Zelewicz, who came from Stopnica. He offered to take her out of the ghetto and go to his hometown. Moniek had extensive contacts, he knew and paid many Germans and Polish policemen. He took advantage of these acquaintances and led Ilonka out of the walls of the ghetto. They went together to Kielce, and from there to Busko and Stopnica. Ilonka initially lived with Moniek’s cousin, who soon proposed to her and, after a modest wedding ceremony, they began living together. They earned their living running a locksmith’s workshop. At that time, Ilonka’s father died of a heart attack. Ilonka’s mother – Gustawa and her daughter Lilka were displaced to Żarnowiec near Kielce, and from there they were sent to the gas chambers in Treblinka.

In the fall of 1942, all young people were gathered in the market square in Stopnica, loaded onto trucks and transported to the camp in Skarżysko-Kamienna. In early 1943, Ilonka fell ill with typhus. In the summer of 1944, the Germans decided to evacuate the ammunition factory in Skarżysko and transport the dismantled machines to the Reich. Ilonka was sent to the Hasag factory in Częstochowa, Moniek and other specialists were held in order to dismantle the machines. Afraid of being sent to Germany, he escaped from the camp – after the war, Ilonka looked for his traces without success. Work in the camp in Częstochowa was very hard, but her self-preservation instinct helped her survive.

After the city was occupied by the Soviet Army, she was released. All her relatives were murdered in the Holocaust. In 1946, she married Adam Neuman-Nowicki from Płock (1925-2021). In 1957, with her husband and daughter Ania (born 1947), she emigrated to Israel, and in 1963 to the United States. She died in 1997 during heart surgery. 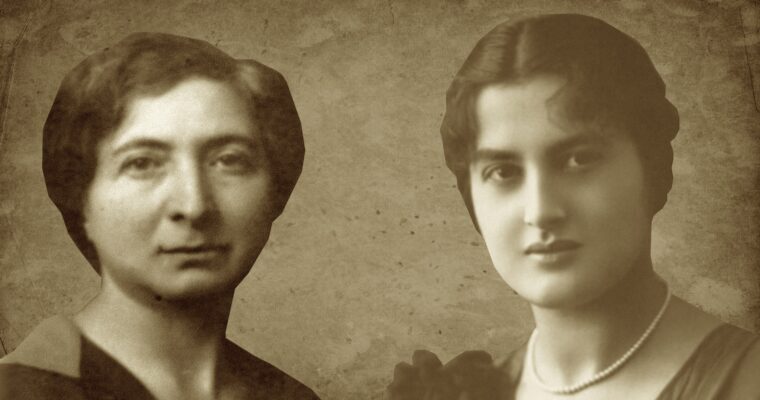 Łucja Weinles née Kaufman was born in 1874 in the village of Pawłowo, which at that time belonged to her grandfather Wolf Kaufman. She was the daughter of Hinda of the Kirsztejn family known in Płock and Moszek Aron Kaufman, who came from Lipno and […] 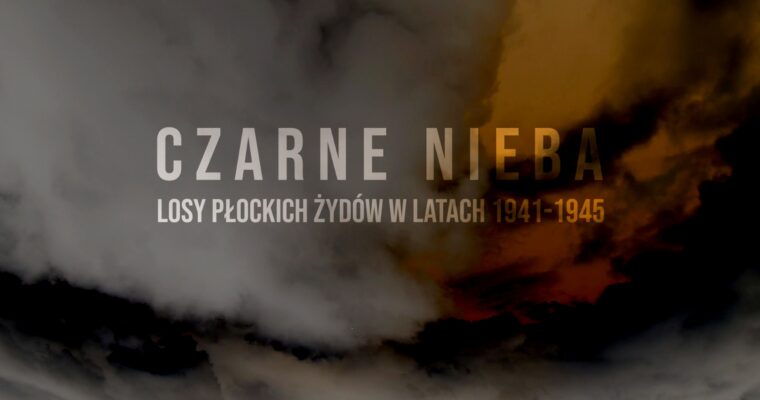 As part of the 81st anniversary of the liquidation of the ghetto in Płock, the Nobiscum Foundation would like to invite you to watch the film “Black skies. The fate of Płock Jews in the years 1941-1945”, which we produced thanks to the funding of […] 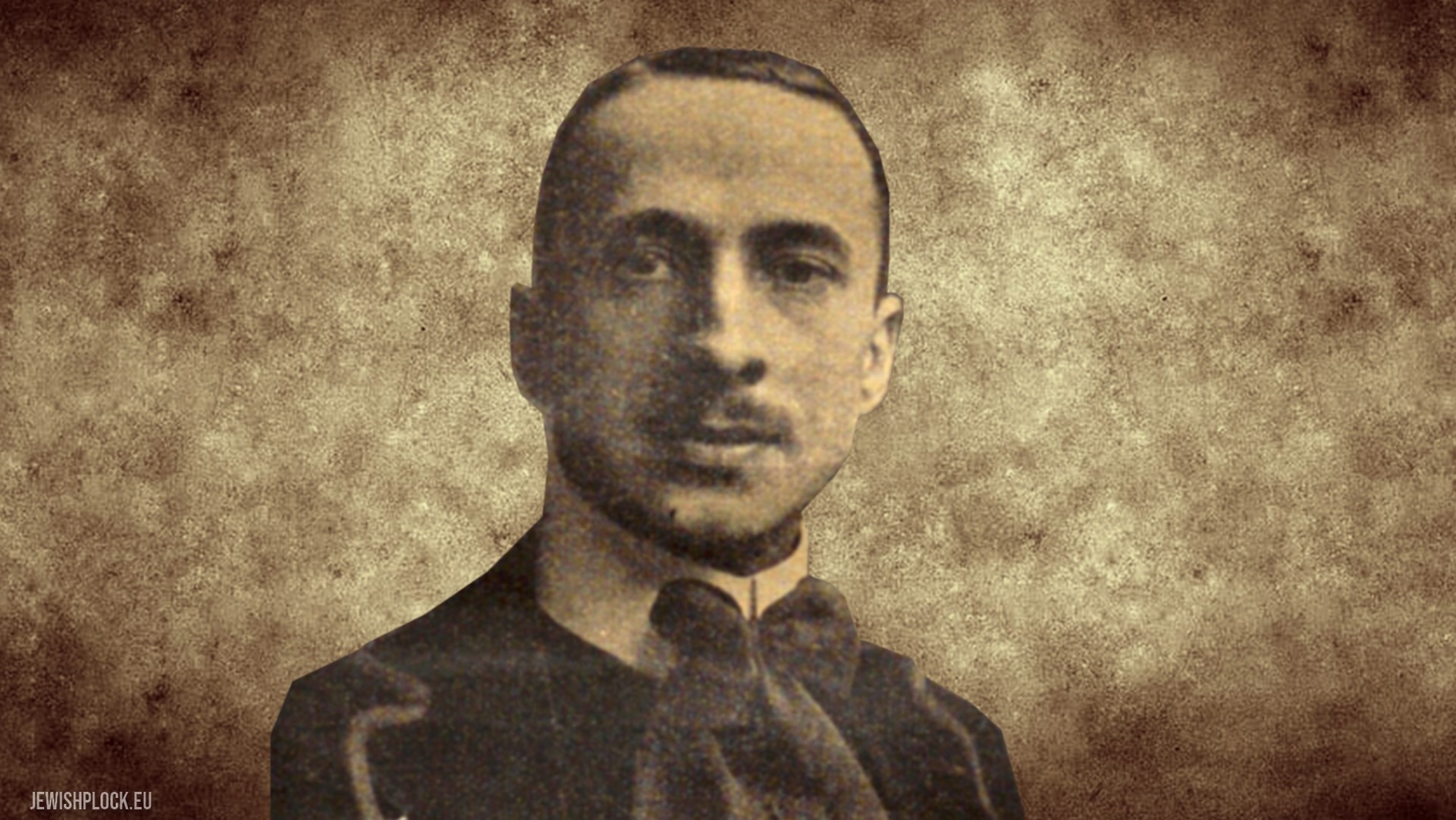 Poet, prose writer and journalist well-known before the war, was born in Płock as Marian Stanisław Lewin on October 20, 1878 in the family of a merchant, Bernard Lewin and Anna née Grynbaum. He completed his higher education in Switzerland, France and Italy. He was the author of a short story entitled “Bronka”, poetry pieces that appeared in the pages of “Kurier Codzienny”, “Przegląd Poranny” and “Kurier Warszawski”, as well as columns of, among others, “Kurier Poranny” and “Przegląd Wieczorny”. He edited and published a humorous and satirical weekly entitled “Grzmot” [“Thunder”]. He wrote the novels “Samotni” [“Loners”], “Historia dwojga ludzi i jednego filistra” [“The Story of Two People and One Philistine”], “Kawalerowie księżyca” [“Knights of the Moon”] and a volume of poetry entitled “Struny” [“Strings”]. He was associated with the Warsaw cabaret theater ‘Momus’ as well as the ‘Chochlik’ cabaret. In 1917 he became director of the ‘Czarny Kot’ cabaret, and in the following year of ‘Argus’. In 1925 he became the director of the Eldorado Theater. His stage pieces appeared in the collection entitled “Monologi”. He was one of the founders of the Society of Authors and Stage Composers (“ZAiKS”), which was established in 1918, along with, among others, Julian Tuwim. In 1928, he prepared a “Commemorative Book, published on the occasion of the tenth anniversary of ZAiKS Society of Authors and Stage Composers (1918-1928)”.

In 1942, he was murdered by the Nazis for hiding Jews in his apartment at 14 Lelewela Street. 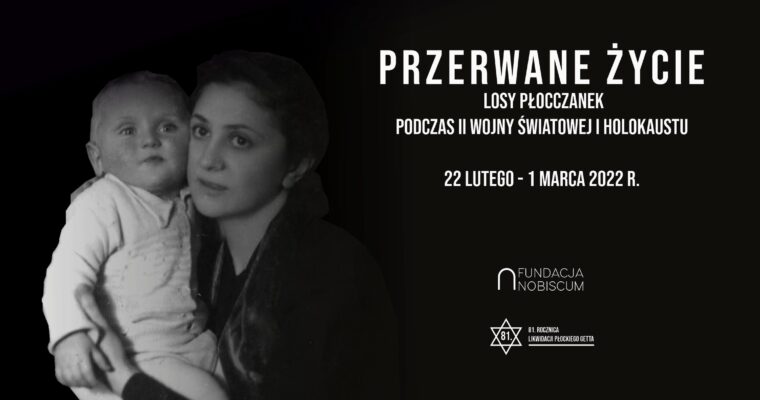 81st anniversary of the liquidation of the ghetto in Płock. Broken life. The fate of women of Płock during World War II and the Holocaust

“Broken life. The fate of women of Płock during World War II and the Holocaust” is a series of texts on JewishPlock.eu, in which, between 22 February and 1 March 2022, we will recall the stories of Jewish women associated with Płock – those who […] 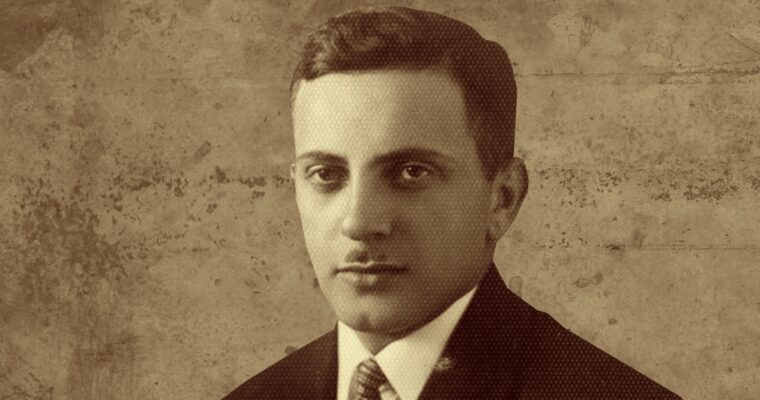 Henryk (Chaskiel) Szenwic (1906-1943) – electrical engineer. He was a graduate of theKing Władysław Jagiełło Middle School in Płock and the Electrotechnical Institute in Toulouse. He worked on the construction of the Municipal Power Plant in Płock. From 1933 he was a member of “Dionizy […] 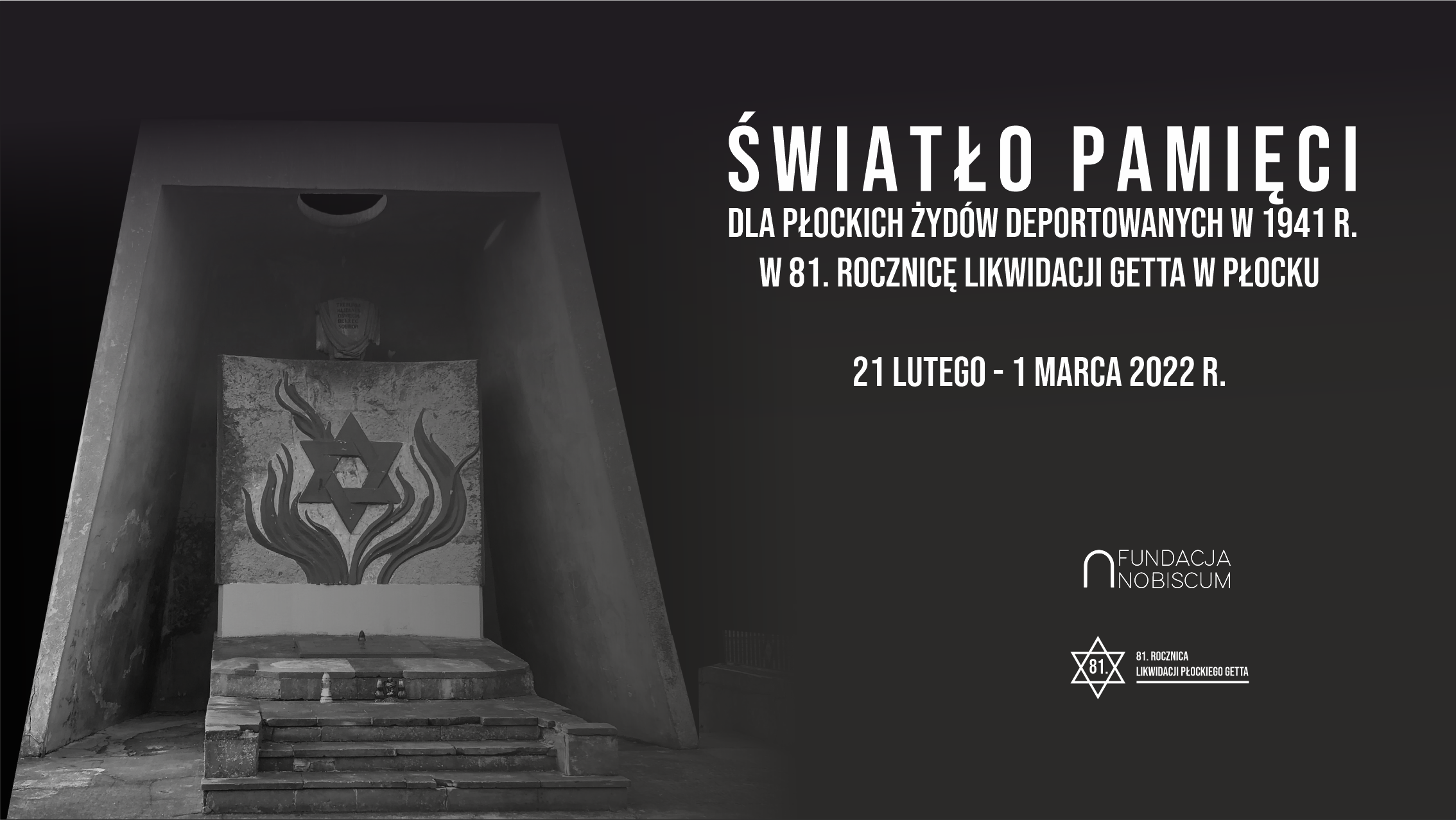 81st anniversary of the liquidation of the ghetto in Płock. Light of remembrance at the Jewish cemetery

To commemorate the 81st anniversary of the liquidation of the ghetto in Płock, we encourage you to light a symbolic candle at the Jewish cemetery on Mickiewicza Street on February 21 – March 1. In this way, let us show our remembrance and respect for the thousands of Płock Jews deported from the ghetto in 1941, most of whom were later murdered in Nazi extermination camps.

On February 21 at 4 p.m. we will visit the Jewish cemetery to light the first candles. But if you cannot be with us then, please come on one of the following days. Your remembrance is what matters the most. 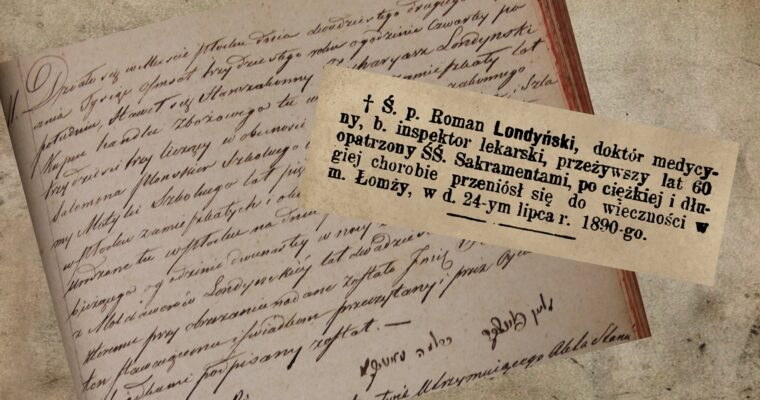 Roman Londyński (1830-1890) – doctor of medicine. He was born in Płock on January 15, 1830 in the family of a grain merchant, Zachariasz Londyński. He completed his medical studies in Moscow in 1850. He received his medical doctor degree from the Medical Council of […]